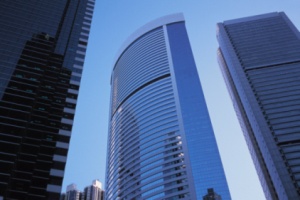 For the third year in a row, lack of high-potential leaders is the most pressing concern for human resources executives, with 32 percent putting it at the top of their list in a recent survey by Right Management.

The poll of more than 2,000 senior HR executives in 14 countries found the issue widespread among industrialized nations.

U.S. respondents named lack of high-potential leaders in the organization as the most pressing HR challenge they believe their organization will face in 2013. That issue also earned the top ranking in 2010 and 2011, although it now receives two more percentage points than in 2010.

The other worries were: shortage of talent at all levels; low engagement and lagging productivity; loss of top talent to other organizations.

“The year-to-year consistency in our findings tells us that future leadership or lack thereof is top of mind for organizations nearly everywhere,” said Gerald Purgay, Senior VP of Right Management and President of ManpowerGroup Specialty Brands.

"According to our data, companies are focused on talent as never before. It's no surprise that organizations are now investing in growing their talent as development initiatives have now become a high priority.

"Tomorrow's leaders will be visionary Human Age leaders, developing new skills making them better able to navigate through the complexity of contemporary situations both within the world of business and in terms of managing people and teams," said Purgay. "They will become curators of information and coaches for their teams, possessing opposing skill sets, strategic yet tactical, conceptual yet action-oriented, having the ability to anticipate and react, and always pushing the boundaries of what's next."

The U.S. findings are drawn from Right Management's annual global survey, Talent Management Challenges in an Era of Uncertainty, which was conducted in December 2012. Participating were 2,360 senior-level HR executives in 14 countries from the government, non-profit and private sectors. The research was conducted by a third-party research firm, LHK Partners Inc.