NFPA 70E: Definitions you should know 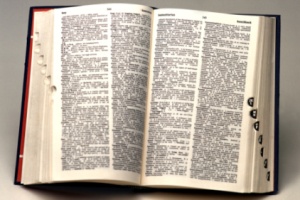 OSHA requires employers to protect employees from electrical hazards, including arc flash. Yet OSHA does not specifically explain how to comply with these regulations. NFPA 70E is the bridge between OSHA regulations and compliance. It is the consensus standard for electrical safety in the workplace, deferred to by OSHA on numerous occasions.

The following definitions are from the 2012 Edition NFPA 70E Standard for Electrical Safety in the Workplace.

Arc Flash Hazard– A dangerous condition associated with the possible release of energy caused by an electric arc.

Arc Flash Suit– A complete arc-rated clothing and equipment system covering the entire body, except for hands and feet.

Arc Flash Boundary– When an arc flash hazard exists, the boundary is an approach limit at a distance from a prospective arc source within which a person could receive a second degree burn if an electrical arc flash were to occur.

Electrical Hazard– A dangerous condition such that contact or equipment failure can result in electric shock, arc flash burn, thermal burn, or blast.

Electrical Safety– Recognizing hazards associated with the use of electrical energy and taking precautions so hazards do not cause injury or death.

Electrically Safe Work Condition–An electrical conductor or circuit part has been disconnected from energized parts, locked/tagged in accordance with established standards, tested to ensure the absence of voltage, and grounded if determined necessary.

Incident Energy– The amount of energy impressed on a surface, a certain distance from the source, generated during an electrical arc event. One of the units used to measure incident energy is calories per centimeter squared (cal/cm2).

Incident Energy Analysis– Used to predict the incident energy of an arc flash for a specified set of conditions.

Shock Hazard– A dangerous condition associated with possible release of energy caused by contact or approach to energized electrical conductors or circuit parts.