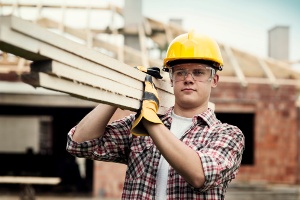 They may be at different ends of the country, but Connecticut and Oregon have one thing in common: both are taking steps to help keep young workers safe.

It's a special area of concern. Employees under the age of 25 are twice as likely to be injured on the job, according to a 2005 study published in the American Journal of Industrial Medicine.

They also tend to be unaware of their workplace rights.

Oregon’s OSHA has gone the video route, using a YouTube-hosted video series heavy on humor and music to educate teen workers about things like speaking up on the job and ladder safety. A quirky teacher passionate about lifting techniques demonstrates safe lifting, and singing restaurant workers bring home the message about safety in that industry. (The videos can also be found on Oregon OSHA's website at www.orosha.org/subjects/young_worker.html.)

Will the videos appeal to teens? Chances are good that they will, because they were created by one.

Austin Coburn, a 19-year-old summer intern at Oregon OSHA, was the 2013 winner of the Oregon Young Employee Safety Coalition's "Speak Up. Work Safe." video contest for his video "Safety: The Musical."

"I relied on elements such as music and comedy that I knew teens could relate to," Coburn said. "The videos not only needed to teach the teens, but had to be memorable."

Oregon OSHA Administrator Michael Wood said it’s important to influence young workers at the start of their career because they are forming safety habits that they’ll be using for years.

“Reaching them – getting their attention – requires creativity,” Wood said. “We can't just rely on the same methods we've used for years."

In Connecticut, federal and state-run OSHA joined a coalition that has launched a new website on the safety and health of young workers, which consolidates specific resources related to laws and regulations, training programs, educational materials, statistical data and local news and events associated with hiring young workers.