(See graphic: 10 sources of sodium in children's diets, below)

More than 90 percent of U.S. children, aged 6-18 years, eat more sodium than recommended, putting them at risk for developing high blood pressure and heart disease later in life, according to a new CDC Vital Signs report.

This report provides the most recent data detailing how much sodium school-age children eat and where it comes from. Using data from CDC’s 2009-2010 National Health and Nutrition Examination Survey, CDC researchers determined that about 43 percent of sodium eaten by children comes from the 10 foods they eat most often: pizza, bread and rolls, cold cuts/cured meats, savory snacks, sandwiches, cheese, chicken patties/nuggets/tenders, pasta mixed dishes, Mexican mixed dishes, and soups.

“Too many children are consuming way too much sodium, and the result will be risks of high blood pressure and heart disease in the future,” said CDC Director Tom Frieden, M.D., M.P.H. “Most sodium is from processed and restaurant food, not the salt shaker. Reducing sodium intake will help our children avoid tragic and expensive health problems.”

Key findings in the Vital Signs report include:

What parents can do

To help reduce the amount of sodium children are consuming daily, parents and caregivers, as well as schools, communities, and places that sell, make or serve food, are all encouraged to take steps  to ensure more low-sodium options. For example, parents can establish healthy eating habits in their children by providing a diet high in fruits and vegetables without added sodium.

Schools and school districts can implement food purchasing policies and standards that reduce sodium in foods and put lower-sodium alternatives in vending machines, school stores and cafeterias. They can also strive to meet or exceed the United States Department of Agriculture’s (USDA) Nutrition Standards for foods served during the school day.

“Thanks to the Healthy, Hunger-free Kids Act and the work of schools across the country, students are now receiving healthier meals and snacks featuring less sodium, sugar and fat and more whole grains, fruits and vegetables, lean protein and low-fat dairy,” said Under Secretary for USDA’s Food, Nutrition, and Consumer Services, Kevin Concannon, “This report demonstrates the importance of continuing to move forward in our efforts to improve nutrition in schools, and to ensure that children and teens nationwide have access to safe, nutritious meals and snacks during the school day.”

Vital Signs is a report that appears on the first Tuesday of the month as part of the CDC journal, Morbidity and Mortality Weekly Report. The report provides the latest data and information on key health indicators. These are cancer prevention, obesity, tobacco use, motor vehicle passenger safety, prescription drug overdose, HIV/AIDS, alcohol use, health care-associated infections, cardiovascular health, teen pregnancy, food safety, and viral hepatitis. 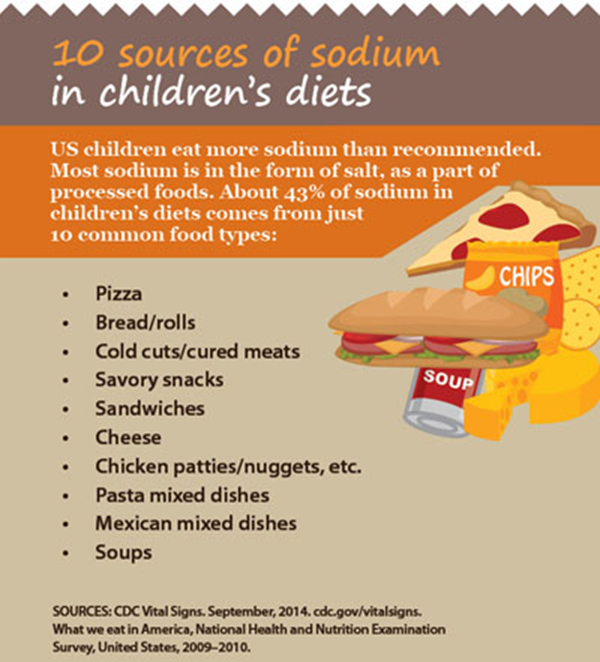