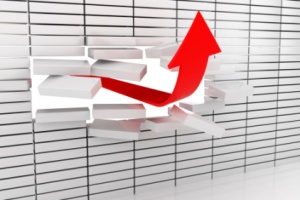 San Diego CA -- “This year’s event is our biggest show to date, with the highest attendance ever,” said Deborah A.P. Hersman, president and CEO of the National Safety Council (NSC), at the annual National Safety Congress and Expo held here in San Diego.

More than 14,000 safety professionals are expected to attend, with almost 1,000 exhibitors on the show floor, according to the NSC.

The bullish showing by exhibitors at the expo, with more vendors participating and also many vendors expanding their floor footprint square footage and bringing more booth personnel, is perhaps the strongest sign yet that businesses are spending more on safety products and services in 2014 than in any year since the Great Recession of 2007 and 2008.

Carl Johnson, president of Honeywell Industrial Safety, estimated at a press conference that global growth of safety investments is up 2-3 percent, with about the same increase occurring in the U.S. National safety distributors such as Airgas, Grainger and Fastenal have reported sales increases between 5-10 percent in 2014.

What’s driving safety investments by companies in 2014? For one, the oil and gas industry is flourishing domestically and worldwide, outperforming the 2-3 percent growth seen overall, according to Johnson. Honeywell executives also pointed to a recovery in commercial construction, with the attendant increased outlays for safety gear that expansion triggers.

Safety and health regulations, whether OSHA in the U.S. or other agencies in Europe and throughout the world, have for 40+ years been the traditional driver of safety spending. And indeed, OSHA’s recent revision of power transmission, distribution and generation standards has seen a major uptick in flame-resistant and arc flash protective clothing.

Beyond compliance, Honeywell execs at their press conference said the macro trend of safety spending shows no signs of slowing down due to 1) greater employer emphasis on injury-free cultures; 2) greater corporate recognition of good safety performance as a way of burnishing brand image and consumer appeal; and 3) stronger demands by employees for safety gear and processes. It may be an over-statement, but it certainly appears workers across the board exhibit a maturing sense of how much risk on the job they are willing to take on, and how much importance they put on remaining fit, healthy and going home each night injury-free.