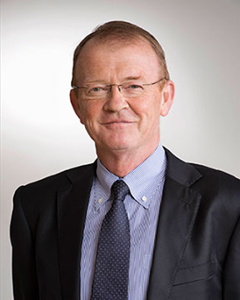 O'Connell is uniquely qualified to direct the continued growth of the dust collection business, having served with Camfil APC's parent company, the Camfil Group (Stockholm, Sweden) for more than three decades. O'Connell was president and CEO of the Camfil Group for 12 years, stepping down from that post in late 2013 to serve in a senior advisory capacity. During his tenure, Camfil grew to 3700 employees worldwide and expanded into the North American HVAC and dust collection markets. It is today the largest air filtration company in the world, with 50 subsidiaries on four continents.

O'Connell replaces Lee Morgan, who will resign as Camfil APC president after remaining onboard through the end of the year to ensure a smooth management transition. Morgan joined the company in 1997 and is credited with growing it from a small business into a highly successful global operation with annual sales of $125 million. He will become president of The Systems Group (El Dorado, Arkansas), a diverse group of privately held companies engaged in product and field installations for steel mills, foundries and petrochemical plants.