Michael Belcher CSP
Recently, someone who is engaged in the DC political scene for safety told me that the failure of the current administration’s OSHA to issue an injury and illness prevention plan standard (or I2P2) was an historic lost opportunity for OSH professionals and ASSE members.
Read More

OSHA recently published its Spring 2015 Semi-Annual Regulatory Agenda. The agenda contains more than two-dozen standards initiatives in various phases of development. Since it takes years for the agency to move a standard through all the phases and approval processes, the reg agenda is always something of a wish list.

Several high-profile government policy issues in the industrial hygiene and occupational health and safety field will be featured at the 2014 AIHA Fall Conference, coming up Oct. 18-22 at the Crystal Gateway Marriott in Washington, D.C. 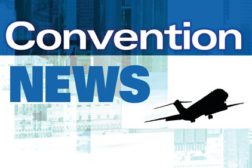 Dr. David Michaels, five years into his job as OSHA boss and the longest-serving OSHA leader in agency history, gave a state of the OSHA nation report at ASSE’s Safety 2014 conference in Orlando this past June. These were his main talking points: 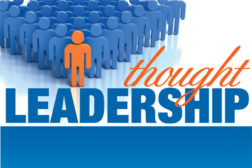 OSHA’s I2P2 idea – Not quite gone and not forgotten

When OSHA released its Spring Regulatory Agenda, the Injury/Illness Prevention Program had been moved to Long Term Action. In the immediately previous regulatory agenda, I2P2 had been on the proposed rule schedule for September 2014.

It’s not often the OSHA chief is interviewed by one of the Big 3 TV Networks. But that’s what happened recently when NBC’sSeth Freed Wessler interviewed OSHA boss Dr. David Michaels.

OSHA has quietly announced the spring semi-annual regulatory agenda, a compilation of the many issues being undertaken or considered by the agency and a look at when the agency expects action on the issues. This agenda is supposed to be a “blueprint” for the agency to follow when tackling each of the issues; however in recent years the agenda has become something that many consider a complete “wish list” as most of the activity is never concluded on time. 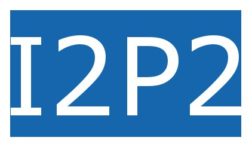 OSHA has produced a new seven-minute video that explains how an injury and illness prevention program (I2P2) can enhance workplace safety and health. The “We Can Do This”  video shows a variety real-life workplaces and features commentary by OSHA chief Dr. David Michaels, a strong proponent of I2P2.

In the OSHA budget justification the agency laid out some of its plans for 2015: Inspections – OSHA announced the agency will conduct more health and safety inspections in 2015, with most of the increase occurring in health inspections. OSHA says the reason for this is that health issues are being identified as increasing.