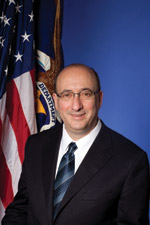 Dr. David Michaels, five years into his job as OSHA boss and the longest-serving OSHA leader in agency history, gave a state of the OSHA nation report at ASSE’s Safety 2014 conference in Orlando this past June.

These were his main talking points:

• OSHA is very concerned about the safety of temporary workers. They are among the most vulnerable workers due to often inadequate or non-existent safety training and supervision, frequent hazardous working conditions, and confusion over who is responsible for safety training and supervision -- the temp agency or the host employer. Both must bear responsibility, communicate, and work out a safety plan for temps.

• Everyone agrees the vast majority of OSHA permissible exposure limits are out of date and need to be updated. Don’t rely on OSHA’s PELs. Transfer to safer chemicals.

• Silica is a hazard that Labor Secretary Frances Perkins spoke about almost 70 years ago. The silica PEL needs to be lowered sooner rather than later. A final rule is expected in 2016.

• I2P2 is embraced by employers all the time. As a standard it is not moving quickly due to politics. It is lighter in its requirements that OSHA would ask of employers compared to OHSAS 18001.

• ”The standards-setting process is so broken.”

• ”I would like to get out standards on beryllium and silica on my watch.”