What culture are you creating?

Kristin Bell
We’ve never met a leader who didn’t want a better culture for their organization. Statements like, “we need to change the culture,” are heard every day in the life of a consultant. What is odd is that the leaders who make these statements usually think they are talking about other people, when in reality they are talking about themselves.
Read More

Kristin Bell
Over the past two decades, many leading organizations have achieved consistent improvement in injury prevention. On average, US private companies reduced their injury rates by 62% between 1994 and 2014. But those dramatic reductions in injuries haven’t translated into reductions in workplace fatalities, which dropped by just 34% in the same period.
Read More

The dangers of groupthink

Thea Dunmire JD-CIH-CSP
We all want to be part of the crowd. We want to belong. From an ethics perspective, conforming to group norms can be good but it can also be very, very bad.
Read More 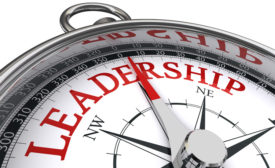 David Sarkus MS, CSP
In recent days, I’ve been thinking a great deal about humility. Oftentimes humility seems to become more prominently displayed when one is hurt, challenged, or broken in some way. On the other hand, I can’t help but think of the very best leaders I work with on a regular basis. Most are curious and open to learn. Where did that start? Where did it begin?
Read More

How to undermine the credibility of safety leadership in your organization

Tom Krause, PH.D
Organizational leaders are always in the process of seeking out and developing talented people who can take on responsibilities and attain objectives. The higher up you get the more important this becomes. If you could just find five people who could do what you can do, or what your top leader is doing, life would be great.
Read More

What's wrong with being the safety police?

Are you guilty of safety overtraining?

Terry Mathis
The medical profession is concerned that the overuse of antibiotics is causing strains of bacteria to become resistant and patients to be less receptive to the most-used medications. The same thing can happen to safety when training is overused or misused.
Read More

Do your job – it’s that simple

In late March I attended the Indiana Safety and Health Conference & Expo in Indianapolis. I also spent time with my former West Virginia University (WVU) teammate and longtime friend, Oliver Luck. He was Academic All-America at WVU. Oliver is also a former NFL quarterback and well-respected sports executive who is now second in charge with the National Collegiate Athletic Association (NCAA). 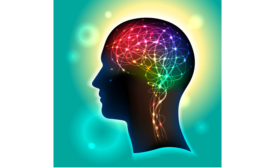 Meditation as a coping mechanism

Observe more, react less
Manish Chopra
Most time-strapped executives know they should plan ahead and prioritize, focus on the important as much as the urgent, invest in their health (including getting enough sleep), make time for family and relationships, and limit (even if they don’t entirely avoid) mindless escapism.
Read More

Which precaution has the greatest potential?

Terry Mathis
Human nature involves risk taking; every human takes calculated risks on a daily basis. Safety is about removing risks, and thus competes with human nature. We can address this by trying to change human nature or by increasing the capacity to calculate risks more accurately.
Read More
Previous 1 2 3 4 5 6 7 8 9 … 73 74 Next
Subscribe For Free!
More Videos