On the average construction site, safety is at the forefront of everyone’s mind. Rules, OSHA regulations, and standard operating procedures control how crews go about their days. While physical safety is essential, what is often overlooked in heavy industries is the weight of mental health challenges.

“A grave harm to workers”

Employees need mental and psychological security on the job

The United Nations’ International Labor Organization (ILO) has outlined the findings of its latest research on the impact of stress in the workplace. “Work-related stress affects workers in all professions in developed and developing countries alike. It can gravely harm not only workers’ health but also, and all too often, the wellbeing of their families,” said ILO Director-General Guy Ryder in a statement.
Read More 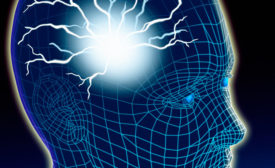 Study shows benefits of “affective organizational commitment”
Workers who feel emotionally attached to and identify with their work have better psychological well-being, reports a study in the November Journal of Occupational and Environmental Medicine, official publication of the American College of Occupational and Environmental Medicine (ACOEM).
Read More

Holding cynical beliefs about others may have a negative effect on your income according to research published by the American Psychological Association (APA). “While previous research has associated cynicism with detrimental outcomes across a wide range of spheres of life, including physical health, psychological well-being and marital adjustment, the present research has established an association between cynicism and individual economic success,” says Olga Stavrova, PhD, a research associate at the Institute of Sociology and Social Psychology, University of Cologne, Germany, and lead author on the study which appears in the Journal of Personality and Social Psychology®. 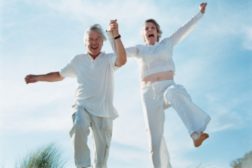 The power of self-compassion

Forgiving and nurturing yourself can set the stage for better health, relationships, and general well-being. Self-compassion yields a number of benefits, including lower levels of anxiety and depression.