This website stores data such as cookies to enable important site functionality including analytics, targeting, and personalization. View our privacy policy.
Home » An avocado a day may help keep bad cholesterol at bay
HealthToday's News

An avocado a day may help keep bad cholesterol at bay 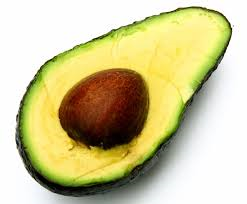 Eating one avocado a day as part of a heart healthy, cholesterol-lowering moderate-fat diet can help improve bad cholesterol levels in overweight and obese individuals, according to new research published in the Journal of the American Heart Association.

Forty-five healthy, overweight or obese patients between the ages of 21 and 70 were put on three different cholesterol-lowering diets. Participants consumed an average American diet (consisting of 34 percent of calories from fat, 51 percent carbohydrates, and 16 percent protein) for two weeks prior to starting one of the following cholesterol lowering diets: lower fat diet without avocado, moderate-fat diet without avocado, and moderate-fat diet with one avocado per day. The two moderate fat diets both provided 34 percent of calories as fat (17 percent of calories from monounsaturated fatty acids/MUFAs), whereas the lower fat diet provided 24 percent of calories as fat (11 percent from MUFAs). Each participant consumed each of the three test diet for five weeks. Participants were randomly sequenced through each of the three diets.

These measurements are all considered to be cardio-metabolic risk factors in ways that are independent of the heart-healthy fatty acid effects, said Penny M. Kris-Etherton, Ph.D., R.D., senior study author and Chair of the American Heart Association’s Nutrition Committee and Distinguished Professor of Nutrition at Pennsylvania State University, in University Park, Pennsylvania.

“This was a controlled feeding study, but that is not the real-world – so it is a proof-of-concept investigation. We need to focus on getting people to eat a heart-healthy diet that includes avocados and other nutrient-rich food sources of better fats,” Kris-Etherton said.

“In the United States avocados are not a mainstream food yet, and they can be expensive, especially at certain times of the year. Also, most people do not really know how to incorporate them in their diet except for making guacamole. But guacamole is typically eaten with corn chips, which are high in calories and sodium. Avocados, however, can also be eaten with salads, vegetables, sandwiches, lean protein foods (like chicken or fish) or even whole.”

For the study researchers used Hass avocados, the ones with bumpy green skin. In addition to MUFAs, avocados also provided other bioactive components that could have contributed to the findings such as fiber, phytosterols, and other compounds.

The Mediterranean diet, includes fruits, vegetables, whole grains, fatty fish, and foods rich in monounsaturated fatty acids—like extra-virgin olive oil and nuts. Like avocados, some research indicates that these not only contain better fats but also certain micronutrients and bioactive components that may play an important role in reducing risk of heart disease.