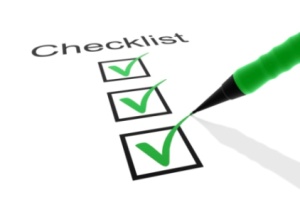 Rail tank cars that carry crude oil, ethanol and other hazardous materials across the country must do it more safely. That's one of four new issues on the National Transportation Safety Board's (NTSB) Most Wanted List for 2015.

Also new to the list of top 10 areas that need safety improvements are: Requiring that transportation operators be medically fit for duty; strengthening commercial trucking safety; and requiring pilots to strengthen procedural compliance.

“The Most Wanted List is our roadmap for 2015,” said NTSB Acting Chairman Christopher A. Hart. “We want it to be a roadmap for policy makers and legislators as well. These are safety improvements for which the time is ripe for action.”

Distraction and impairment are still key issues for the NTSB, and both are on the list again this year. According to the National Highway Traffic Safety Administration, in 2012, about one in 10 drivers in fatal crashes were distracted. In almost a third of fatal crashes, a driver was impaired by alcohol.

Also on the list this year is safety of helicopters operated by local, state, and federal governments. Pilots who fly search and rescue and law enforcement missions require safer operations. And this year the NTSB is focusing on all modes of mass transit for greater operational safety.

The Board has kept an existing priority on the list and specified a date certain: Implement Positive Train Control (PTC) in 2015. The date emphasizes the deadline established by Congress in 2008 for implementation of this life-saving technology.

‘’This list is grounded in the accident investigations by which NTSB learns safety lessons, and in the recommendations that are NTSB’s primary safety product,’’ Hart said. “At the NTSB we want to make new strides in transportation safety in 2015, and we want to lay the groundwork for years that are even safer.”