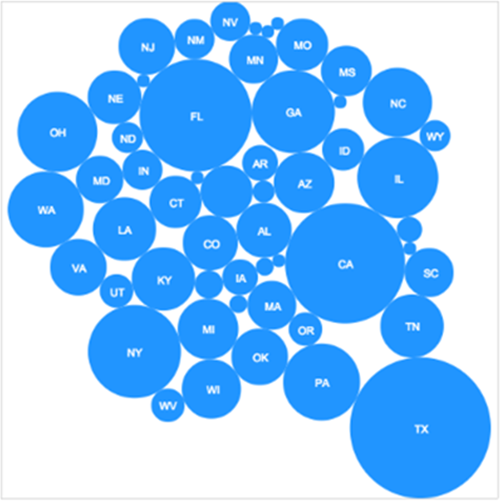 The U.S. Worker Fatality Database, an open access volunteer research effort, yesterday released new data about deaths on the job during the first seven months of 2015.

Using local, state and federal sources, as well as news media accounts, researchers have documented 1,073 deaths from traumatic on-the-job events during the first seven months of 2015. In 2014, the project identified more than 1,800 workplace deaths.

A timeline of fatalities;

A diagram of fatalities by state;

A table of fatalities by industry.

The volunteer effort, hosted at the website of the National Council for Occupational Safety and Health (National COSH), is the largest open-access data set of individual workplace fatalities ever collected in the United States. Two-thirds of the cases include names of the deceased workers.

“The public has a critical need for information about the men and women who perish every day harvesting our food, building our homes, extracting our fuel and doing all the other jobs that move our economy,” said Bethany Boggess, research analyst at the Workers’ Defense Project and one of the founders of the U.S. Worker Fatality Database. “Every one of these deaths is preventable, but without timely knowledge of who is dying on the job and why, our prevention efforts will fall short.”

With data from 2015, the Worker Fatality Database has more identifying information about workers and the circumstances of their deaths and is more current than the Census of Fatal Occupational Injuries (CFOI), released annually by the U.S. Bureau of Labor Statistics (BLS). The most recent CFOI, released in April 2015, reports workplace deaths from calendar year 2013.  It includes comprehensive aggregate and statistical data but does not have information on individual workers.

BLS data have shown more than 4,500 workplace deaths from traumatic events in each of the past five years. In addition, an estimated 50,000 workers die each year from long-term occupational hazards, such as exposure to toxic chemicals and other hazards.

The U.S. Worker Fatality Database shows deaths so far in 2015 from 49 states as well as the District of Columbia, Puerto Rico and the U.S. Virgin Islands. Workers have died in 2015 when crushed by machinery, poisoned by carbon monoxide, falling from heights, buried by trench collapses, and from other causes.

Despite warnings that trench was unsafe...

One of the workers identified in the 2015 database is Carlos Moncayo, a 22-year-immigrant from Ecuador. He died on April 6th when a 13-foot deep trench he was working in collapsed at a New York City construction site. Inspectors had repeatedly warned contractors supervising the site that the trench was an imminent hazard because it was not properly shored up. Lacking support walls, the trench eventually did collapse. Moncayo was buried up to his neck and crushed to death by thousands of pounds of dirt.

The indictment in Manhattan is one of several recent actions by prosecutors in response to workplace fatalities. On August 12th, the district attorney of Los Angeles announced a record $6 million fine against Bumble Bee Foods after Jose Melena, a 62-year old father of six, was burned to death inside one of the company’s industrial pressure cookers in 2012. It is believed to be the largest fine ever levied against a U.S. company for the death of an individual worker.

“You can’t put a price on a human life, and no amount of money can bring back a husband, a wife, a father or a mother,” said Jessica Martinez, Deputy Director of National COSH. “But seven-figure fines and indictments which can result in real prison time will get the attention of corporate executives.”

“To stay safe at work, workers must be able to organize and be empowered to know their rights,” said Martinez. “But when something goes wrong, we need to hold management accountable for their responsibility to provide a safe and healthy workplace.”

Groups participating in collecting information for the U.S. Worker Fatality Database include:

National COSH links the efforts of local worker health and safety coalitions in communities across the United States, advocating for elimination of preventable hazards in the workplace. For more information, please visit coshnetwork.org.