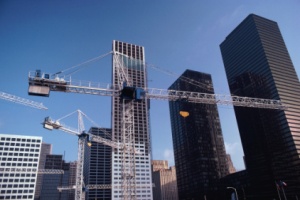 With the United Steelworkers (USW) currently voting local-by-local on adoption of a US National Oil Bargaining Policy, one thing is certain when talks with oil refiners get underway early in 2012: union-initiated process safety improvements will lead the agenda.

Some 300 local USW leaders convened in Dallas, Texas, in late September and adopted a bargaining policy. That policy is now up for ratification by USW branch unions representing oil workers and once 75% of local unions agree, the agenda will be tabled when bargaining begins early in 2012. A current three-year labour agreement between USW and a majority of US downstream oil and petrochemical employers expires 1 February 2012. 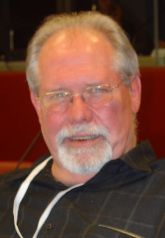 USW Vice President Gary Beevers, who heads the sector, said achieving process safety will be the main issue in this round of talks. “We must have meaningful and enforceable safety provisions if we are going to save lives, and we are prepared to strike, if necessary, to get that,” said Beevers, an ICEM Executive Committee member.

Process safety refers to a safe and functioning engineering and management controls system that prevents explosions, fires, and toxic releases caused by the highly hazardous chemicals used in refining. USW will strive to get a union-trained safety specialist in each of the 69 refineries where it represents workers as part of that process safety system.

The USW reports that during the term of the current labour agreement, up through early September 2011, there were 131 reported fires in US refineries, about one per week. The USW lost seven union members, including some who were Local 12-591 leaders, in the deadly 2 April 2010 explosion at Tesoro Corp.’s Anacortes, Washington, refinery.

The Tesoro explosion was caused by a heat exchanger in a naphtha unit that blew apart due to cracks in a welded area, an obvious flaw in process safety. The Washington State Department of Labour and Industry determined that the Texas-based company failed to test equipment for cracks and fined Tesoro US$2.39 million, a fine the company appealed.

The USW represents 30,000 workers at a total of 168 production, refining, marketing, transportation, and pipeline installations, and its membership in the US’s 69 oil and petrochemical refineries gives it representation covering 64% of all workers in the US downstream sector.

Oil bargaining in the U.S. is termed pattern bargaining in which USW selects a lead company to negotiate with and then those terms are presented and expected to be accepted by other companies. Traditionally, the USW and its predecessor unions have selected Royal Dutch Shell as the lead company.