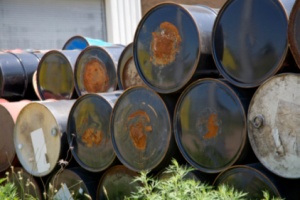 A New Hampshire foundry owner faces two years in prison for illegally storing hazardous waste, after OSHA and the EPA combined efforts to bring him to justice.

John R. Wiehl, president of Franklin Non-Ferrous Foundry, Inc. in Franklin, N.H., pleaded guilty to unlawfully storing hazardous waste under the Resource Conservation and Recovery Act (RCRA). The company manufactures a variety of metal parts for various industrial applications. A byproduct of the foundry’s operation is the generation of waste containing hazardous or toxic concentrations of lead and cadmium. Exposure to lead and cadmium can cause or contribute to a range of health effects, including behavioral problems, learning disabilities and kidney disease.

Two workplace inspection conducted by OSHA in April and August of 2009, uncovered the illegal storage, and OSHA reported the findings of their inspections to EPA. In December 2009, EPA executed a search warrant at the foundry and discovered drums of hazardous waste stored on the premises.

In August 2010, a federal grand jury indicted Wiehl and Franklin Non-Ferrous Foundry for unlawfully accumulating and storing lead and cadmium hazardous waste at the foundry site since July 2005. Neither Wiehl nor the company had been issued a permit to store hazardous waste for more than 90 days. The company was cited by EPA for similar violations in 2002 and 2005, but neither the company nor Wiehl previously faced criminal charges.

Wiehl faces a possible maximum sentence of two years in prison and a maximum fine of $250,000. Under the terms of a plea agreement filed with the court, the United States Attorney’s Office has agreed to recommend that he serve two years of probation, six months of house arrest, and that he publish a public apology. Franklin Non-Ferrous Foundry, Inc is facing a possible maximum fine of $500,000.

This case was investigated by the U.S. Environmental Protection Agency’s Criminal Investigation Division.