Chemical industry fires back at NRDC 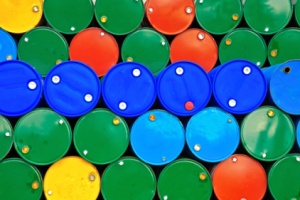 The American Chemistry Council (ACC) is taking aim at a National Resources Defense Council (blog) that accuses the chemical industry of having undue influence over Congress, particularly in actions related to the assessment and classification of chemicals like formaldehyde and styrene.

As reported on www.ishn.com, the post by NRDC senior attorney Daniel Rosenberg on the Switchboard blog charged Congress with "taking its direction on science and environmental health policy from the chemical industry, rather than independent scientists who lack a financial interest in the question of whether some chemicals can cause cancer and other health problems."

The ACC calls Rosenberg's claims "a desperate attempt to defend a flawed process."

"The Congressional Appropriations language to which Rosenberg refers is based on the conclusions of an expert panel convened by the National Academy of Sciences (NAS)," according to an ACC statement. "While the NAS panel was tasked with reviewing EPA’s draft assessment for formaldehyde under the Agency’s Integrated Risk Information System (IRIS), it concluded that 'the persistence of limitations of the IRIS assessment methods and reports is of concern.' As a consequence, the panel devoted an entire chapter to recommending substantial improvements to the IRIS process overall 'in light of the continued evolution of risk-assessment methods and the growing societal and legislative pressure to evaluate many more chemicals in an expedient manner.'"

The ACC said many of the concerns noted by the NAS panel have been voiced by other federal agencies, academics, and industry scientists. The group also cited a Government Accountability Office (GAO) report released recently which concluded that “EPA has not fully addressed recurring issues concerning the clarity and transparency of its development and presentation of draft IRIS assessments.”

The GAO is an investigative arm of the US Congress.

The NRDC's Rosenberg said two key riders included in the Omnibus bill passed by Congress late last year are an attempt by the chemical industry to "undermine the integrity and credibility of government science programs charged with assessing the potential health effects of toxic chemicals."

Rosenberg said the rider requiring EPA to have three of the chemical assessments conducted by the agency’s IRIS program reviewed by the National Academy of Sciences (NAS) is part of a decade-old campaign by the chemical industry to "protect" formaldehyde and styrene from a growing body of evidence that they cause cancer in humans.

The EPA’s IRIS program conducts health assessments of chemicals and determines acceptable levels of exposure. IRIS assessments are frequently used by regulators to set health-based standards for chemicals. "Because an IRIS assessment can lead to new or strengthened protections from exposure to a toxic substance, the chemical industry has spent years fighting EPA efforts to complete those assessments," wrote Rosenberg.

The ACC, however, says that no scientific findings have emerged that would warrant modifying formaldehyde's classification, and that the passage of the IRIS language in the bill by bipartisan votes in both the House and Senate indicates a desire for the EPA to improve the scientific procedures and processes for evaluating the risk chemicals can pose.

"Contrary to the claims of NRDC’s Rosenberg, Congress’ action reflects a growing concern about IRIS," says the ACC statement.

The ACC says notes that formaldehyde is a simple chemical compound made of hydrogen, oxygen and carbon, with the formula CH2O. All organic life forms--bacteria, plants, fish, animals and humans--make formaldehyde naturally at various levels. Formaldehyde does not accumulate in the environment or within plants, animals or people, as metabolic processes quickly break it down in the body and the atmosphere.

First used as a biological preservative more than a century ago, formaldehyde has become "an essential part of the production of hundreds of beneficial products that are used every day in homes and factories. Formaldehyde-based technologies are an important part of the U.S. economy, as they are used to produce a wide range of materials," according to the ACC.