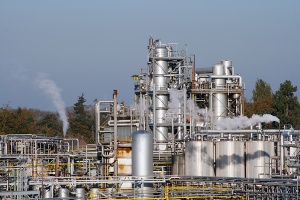 Congress is "taking its direction on science and environmental health policy from the chemical industry, rather than independent scientists who lack a financial interest in the question of whether some chemicals can cause cancer and other health problems."

That charge, leveled by Daniel Rosenberg on the Natural Resources Defense Council (NRDC) staff blog, is based on two riders attached to the Omnibus budget bill passed by Congress shortly before its Christmas recess.

Rosenberg, writing on the Switchboard blog, described legislative riders as a "shadowy process" used to place restraints on regulatory agencies meant to safeguard environmental and public health -- restraints that would be unpopular with the public and thus, "impossible to enact in full daylight without a public backlash." The NRDC senior attorney blasted the appropriations process in general and the use of riders in particular as the conducting of business behind closed doors, "which prevents the public from getting a clear view of what is really going on in Washington."

"That is another reason Congress's approval rating was last measured at 9%," he writes.

In the post, Rosenberg takes aim at a rider which requires the EPA to have three of the chemical assessments conducted by the agency’s IRIS program reviewed by the National Academy of Sciences (NAS).

"EPA’s IRIS program conducts health assessments of chemicals, and determines “acceptable” levels of exposure via air, water, food or soil.  IRIS assessments are not regulations themselves, but they are frequently used by regulators – at the EPA, in the 50 states, and around the world – to set health-based standards for chemicals.  Because an IRIS assessment can lead to new or strengthened protections from exposure to a toxic substance, the chemical industry has spent years fighting EPA efforts to complete those assessments, a process my colleague Dr. Jennifer Sass chronicled to great effect in our report, The Delay Game.  Two of the chemicals featured in that report are formaldehyde and styrene."

Rosenberg said the chemical industry has spend more than a decade attempting to "protect" formaldehyde and styrene from a growing body of evidence that they cause cancer in humans.

In 2003, studies from the National Cancer Institute and the National Institute of Occupational Safety and Health reported evidence of an association between workplace exposure to formaldehyde and leukemia.
In 2004, U.S. Senator James Inhofe demanded that EPA postpone its revision to the formaldehyde assessment until the agency could take into account industry data developed in response to the workplace studies. The Bush administration agreed.
In 2009 EPA again prepared to issue its revised assessment of formaldehyde. In response, the industry trade group “The Formaldehyde Council” enlisted U.S. Senator David Vitter of Louisiana – where people were sickened by formaldehyde in portable trailers after Hurricane Katrina – to place a hold on the Obama Administration’s nominee to be the head of EPA’s Office of Research and Development (which is where the IRIS program that did the formaldehyde assessment is located) until EPA Administrator Lisa Jackson agreed to send EPA’s draft assessment to the National Academy of Sciences (NAS) for review.

"The Administrator ultimately paid the ransom and agreed to make the referral, which further delayed the agency from moving forward on the assessment – already underway for a decade -- for an additional two years,"

Rosenberg said that NAS reviews of chemical assessments -- as required by one of the riders recently passed -- would be costly, and would delay updates on health protections.

"In addition, they are a misuse of the NAS itself, which should be allowed to focus on larger scientific issues of the day -- as it has done in landmark studies including Science and Decisions: Advancing Risk Assessment, Phthalates and Cumulative Risk Assessment: The Tasks Ahead, Toxicity Testing in the 21st Century: A Vision and a Strategy, and Pesticides in the Diets of Infants and Children -- not repeatedly diverted by Congress on behalf of the chemical industry and put in the position of micromanaging every EPA assessment of chemicals that industry doesn’t like."

According to a statement on the American Chemistry Council's website, “The ACC Formaldehyde Panel strongly supports compliance with all government standards and, as needed, government testing of products."