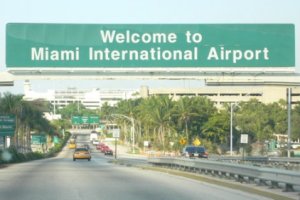 Monthly safety courses for subcontractors and OSHA 10-hour training for all workers formed the backbone of a strategy that allowed contractor Odebrecht-OHL to construct a two million-man-hour project at Miami International Airport without a single lost time accident.

The company was just recognized with OSHA Voluntary Protection Program (VPP) “Star Status” for its work on Miami-Dade Transit’s AirportLink Metrorail Extension project, a 2.4-mile elevated extension that will serve people traveling to and from the airport.

Construction of the AirportLink is 97% complete. Service to the public is expected to commence late summer of 2012.

“During this construction, a safety program has been maintained instilling a zero accident culture which ensures that every employee goes home in the same manner they came to work,” according to a statement from the company.

VPP Star Status is the highest recognition given by OSHA for projects that have achieved exemplary occupational safety and health management systems, maintaining injury and illness rates below the industrial average. Once formalized, the AirportLink project will be one of only three projects in the state of Florida to achieve this status.

Founded in 1944 in Brazil, the Odebrecht Organization is ranked by ENR as the 15th largest international contractor in the world (2011). Odebrecht USA opened its office in 1990. The company has a particular emphasis on public-sector infrastructure. www.odebrecht.com.

One of world’s leading construction and concessions groups, OHL is a global leader in building hospitals and railways. www.ohl.es.