New CSB video shows how to design for safety 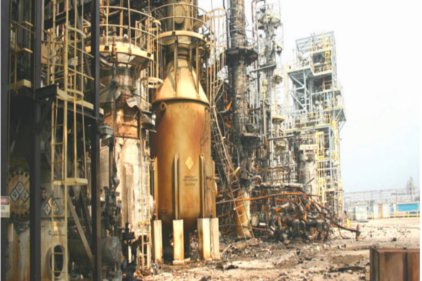 The US Chemical Safety Board (CSB) has released a new safety video that examines the concept of inherent safety and its application across industry; “Inherently Safer: The Future of Risk Reduction” stems from the August 28, 2008, explosion that killed two workers and injured eight others at the Bayer CropScience chemical plant in Institute, West Virginia. As a result of ongoing concern regarding the safety of the facility Congress directed the CSB to commission the National Academy of Sciences (NAS) to study the feasibility of reducing or eliminating the inventory of methyl isocynanate (MIC) stored at the Bayer plant.

The NAS study explored how the concept of “Inherent Safety” could be applied at the Bayer facility. The NAS panel noted that the goal of inherently safer design is not only to prevent an accident, but to reduce the consequences of an accident should one occur. The elevenminute video features interviews with NAS panel members and staff as well as commentary from the CSB Chair and investigators.

The video is available to stream or download on www.CSB.gov and may be viewed on the CSB’s YouTube channel, USCSB (www.youtube.com/uscsb).  DVD copies of the CSB’s safety videos can be requested by completing the online request form.

In the video CSB Chairperson Rafael Moure-Eraso discusses the findings from the CSB’s investigation and the catastrophic consequences that the 2008 accident could have had on the surrounding community, “The CSB determined that the explosion at Bayer could have caused a release of MIC into the nearby community. And it raised a question – was there an inherently safer alternative to storing and using this highly toxic chemical?”

The NAS report found that while Bayer and previous owners of the site incorporated some considerations of inherently safer technology, these companies "did not perform systematic and complete inherently safer process assessments on the processes for manufacturing MIC or the carbamate pesticides at the Institute site." Thus large amounts of MIC, phosgene, and other toxic materials were produced or stored at the site for decades.

The video discusses the four main components of inherently safer design as identified by the NAS study. They are substitute, minimize, moderate and simplify and are described as:

The video includes an interview with industry expert Dennis Hendershot, “Inherently safer design is a philosophy for design and operation of any technology, including chemical processing.  It’s not a specific technology or a set of tools and activities, but it’s really an approach to design and it’s a way of thinking.”

On March 18, 2011, Bayer announced that it would not seek to restart MIC production at the plant and would end the manufacturing of carbamate pesticides deemed hazardous by the World Health Organization. The Bayer plant no longer produces or stores MIC.  But the CSB believes the NAS study and other publications illustrate how the chemical industry could benefit from incorporating the principles of inherently safer design into making decisions – decisions which will satisfy the interests of chemical companies, workers, and members of the communities near their plants.

The video concludes with a call from CSB Chairperson Rafael Moure-Eraso for industry to look towards the future, “The principles of inherently safer processing can be an effective way for chemical companies to eliminate or reduce hazards, prevent accidents, and protect nearby communities.

The CSB is an independent federal agency charged with investigating industrial chemical accidents. The agency's board members are appointed by the president and confirmed by the Senate. CSB investigations look into all aspects of chemical accidents, including physical causes such as equipment failure as well as inadequacies in regulations, industry standards, and safety management systems.