Smoking down but non-cigarette tobacco use way up 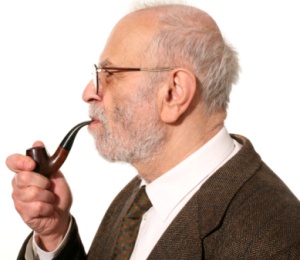 Sharp increases in total adult consumption of pipe tobacco (used for roll-your-own cigarettes) and cigarette-like cigars since 2008 have offset declines in total cigarette consumption, according to a new report from the Centers for Disease Control and Prevention. Although total cigarette consumption continued an 11-year downward trend with a 2.5 percent decline from 2010 to 2011, dramatic increases in use of non-cigarette smoked tobacco products have slowed the long decline in overall consumption of smoked tobacco products.

From 2000 to 2011, the largest increases were in consumption of pipe tobacco (482 percent) and large cigars (233 percent). The increase in cigars was due largely to tobacco manufacturers adding weight to many small cigars so they can be classified as large cigars and avoid higher taxes and regulation, while at the same time retaining a size and shape very similar to cigarettes.

According to the report, total consumption of all smoked tobacco products (including cigarettes, roll-your-own tobacco, pipe tobacco and cigars) declined by 27.5 percent between 2000 and 2011. However, decline was minimal (0.8 percent) between 2010 and 2011. Despite the overall decline, the consumption of non-cigarette smoked tobacco products increased by 123 percent.

“The rise in cigar smoking, which other studies show is a growing problem among youth and young adults, is cause for alarm,” said Tim McAfee, director of CDC’s Office on Smoking and Health. “The Surgeon General’s Report released this past March shows that getting young people to either quit smoking or never start smoking is the key to ending the tobacco epidemic, because 99 percent of all smokers start before they’re 26 years old.”

The report explains there is a disparity between consumption of cigarettes and other forms of smoked tobacco because the federal excise tax on pipe tobacco and roll-your-own tobacco is lower than cigarettes. The difference led to a dramatic increase in the sale of pipe tobacco used to make roll-your-own cigarettes, a lower-priced alternative to manufactured cigarettes. A provision in a measure signed into law in July, the Transportation and Student Loan Interest Rate bill, could limit the advantage of this price difference. The difference in manufacturing and marketing restrictions between cigarettes and cigars also is a factor in the disparity. While the Food and Drug Administration prohibits the use of flavoring or descriptors such as “light” or “low tar” in cigarettes, there are no such restrictions on cigars and pipe tobacco.

Tobacco use remains the leading cause of preventable death and disease in the United States. The health consequences of tobacco use include heart disease, multiple types of cancer, lung disease, adverse reproductive effects, and the worsening of chronic health conditions.

Teen smoking down, but decrease slows

Veterans use tobacco at much higher rates than non-veterans