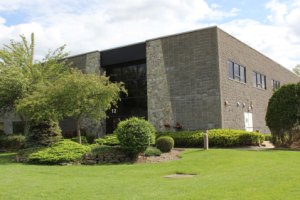 Continuing to be at the forefront of energy efficient lighting technologies, MaxLite® is celebrating its 20th anniversary this year. This leading global manufacturer and marketer of innovative LED luminaires and lamps achieved many milestones and product success stories throughout its illustrious history.

“For the last 20 years, MaxLite has been committed to providing energy efficient lighting products,” said Yon Sung, MaxLite President and CEO. “We are very appreciative to our customers, specifiers and partners that helped us to substantially grow the business over the past two decades. 2012 represented a banner year as we successfully launched a wide range of products into the marketplace and 2013 looks even brighter as we look forward to establishing deeper inroads into new market segments.”

Over the past two years, MaxLite forged a value-engineered approach to LEDs by developing highly efficient, thermal- and lumen-balanced light engines and high capacity drivers. The result is LED products with cooler operating temperatures, less thermal heat sinking and the usage of a greater number of LEDs to deliver higher lumen output, efficacy and life with minimal wattage, cost and material waste.

Last year, MaxLite rolled out several lines of outdoor flood, area and roadway LED lighting which has positioned MaxLite as a single source for complete lighting packages that are now available to departments of transportation, utility providers, municipality and interstate market segments.

MaxLite’s historic timeline features an overview of its many milestones and achievements:

For more information, call MaxLite at 800-555-5629, email info@maxlite.com, or follow the company at https://twitter.com/maxlitenewsroom, or visit www.maxlite.com.