Not everyone happy about tougher standards program 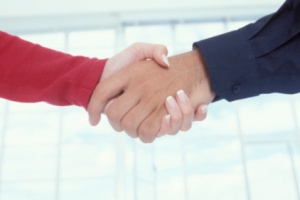 Mere days after an agreement that seemed to bring fracking forces and fracking foes together, some environmental groups are crying foul.

Under the program announced Wednesday, some major oil and gas companies agreed to comply with  15 initial performance standards designed to ensure safe and environmentally responsible development of the Appalachian Basin’s abundant shale gas resources. It will cover Pennsylvania, West Virginia and Ohio and is expected to lead to a major expansion in fracking in those states. It could be extended to New York and other states, pending the approval of fracking there.

Fracking involves pumping millions of gallons of water treated with hazardous chemicals into the ground to break rock apart and free the oil and gas. Opponents blame fracking for health problems, air pollution, gas leaks and in some instances, earthquakes. Adding to the debate has been the industry’s unwillingness to disclose the chemicals used in the process due to the need to keep proprietary formulas a secret.

If an independent review of their operations found fracking operations in compliance of the measures -- which are intended to protect the air and water from pollution --the companies would get third-party certification from the newly formed Pittsburgh-based Center for Sustainable Shale Development, (CSSD)which was created by environmentalists and the energy industry.

The CSSD’s founding participants are:

Not everybody is happy about the new arrangement,

Sandy Buchanan of the Ohio Citizen Action group objected to what she called “a hydraulic fracturing peace treaty.” Buchanan said the program did not represent the interests of Ohioans “being harmed by fracking.”

The Sierra Club, which admitted last year to accepting $26 million from fracking leader Chesapeake Energy, says a continued reliance on fossil fuels – like the natural gas mined during the fracking process – will not solve the climate crisis, even if standards are met.

After deciding that it would no longer accept energy industry donations, the Sierra Club has positioned itself as being anti-fracking.

“While shale development has been controversial, everyone agrees that, when done, producers must minimize environmental risk,” said Armond Cohen, Executive Director, Clean Air Task Force. “These standards are the state of the art on how to accomplish that goal, so we believe all Appalachian shale producers should join CSSD, and the standards should also serve as a model for national policy and practice.”

The Environmental Defense Fund said the new plan is an opportunity to hold companies to a higher standard.

In other recent fracking news:

Are long work hours unhealthy? The issue is more complex than it initially appears

Study: World appears gray to those who suffer from depression