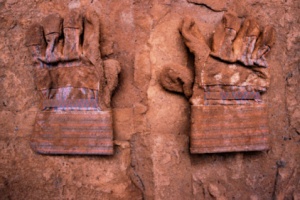 Does your work involve the use of chemicals? You might think that injury to employees’ hands through exposure to chemicals is a thing of the past in workplaces. The risks are so well documented and the methods of protection so well known. But think again.

In 1998, a Western Australian worker sustained chemical burns so severe that he was taken to Royal Perth Hospital where surgery and skin grafting was required. He was off work for about six weeks.

The incident occurred when he was instructed by his supervisor to enter a 2.4-metre-deep holding tank to remove liquid sodium hydroxide (caustic soda) residue from the bottom of the tank. To perform this removal work, the supervisor provided him with a small drum and instructed him to use it to decant the caustic soda liquid into a 44-gallon drum. The supervisor also gave the worker some rags and instructed him to use them to soak up the liquid left on the bottom of the tank.

It was while he was doing this that the caustic soda came into contact with his left forearm and hand, and also part of his right leg.

Following the incident, the company, Industrial Galvanizers Corporation, was charged and found guilty of breaching the Western Australian OHS Act. The court found that the company had failed to provide adequate gloves and other personal protective clothing and equipment to the worker.

On September 15, 1999, the defendant was fined $20,000 and had to pay $575 in costs. The defendant unsuccessfully appealed against the severity of the fine, according to WorkSafe Western Australia.

This case is just one of hundreds of involving hand injuries that take place in Australia every year. In the vast majority of the cases, these incidents could be avoided if the correct safety glove was worn.