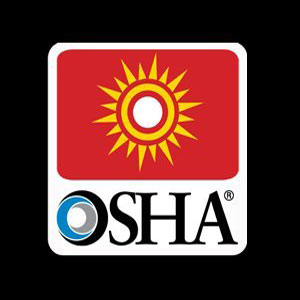 During the voluntary event, work stopped at participating construction sites and workplaces from 7 to 8 a.m. EDT so that employees could participate in safety training focused on the symptoms of heat-related illnesses and preventive steps to take to avoid heat stress.

Every year, thousands of workers nationwide suffer from serious heat-related illnesses. If not quickly addressed, heat exhaustion can become heat stroke, which has killed - on average - more than 30 workers annually since 2003. Labor-intensive activities in hot weather can raise body temperatures beyond the level that normally can be cooled by sweating. Heat illness initially may manifest as heat rash or heat cramps. It can quickly become heat exhaustion and then heat stroke if simple prevention steps are not followed.

"This stand-down is intended for all those working in hot weather, such as workers in agriculture, construction, baggage handling, roofing and landscaping, and others who work outdoors," said Teresa Harrison, OSHA's acting regional administrator for the Southeast. "It is the employer's responsibility to protect workers from injury and illness."

In preparation for the summer season, OSHA has developed heat illness educational materials in English and Spanish, as well as a curriculum to be used for workplace training. Additionally, a Web page provides information and resources on heat illness, including how to prevent it and what to do in case of an emergency, for workers and employers. The page is available at http://www.osha.gov/SLTC/heatillness/index.html.

OSHA has released a free application for mobile devices that enables workers and supervisors to monitor the heat index at their work sites. The app displays a risk level for workers based on the heat index, as well as reminders about protective measures that should be taken at that risk level. Available for Android-based platforms, Blackberry and the iPhone, the app can be downloaded in both English and Spanish by visiting http://s.dol.gov/RI.