Why every safety pro should know Peter Drucker 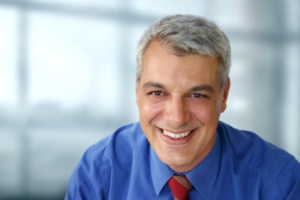 The title of one Thursday session at ASSE’s Safety 2013: “Why Every Safety Professional/Manager Must Understand the Ideas of Peter F. Drucker,” presented by Jay C. Brakensiek, CSP, MSIH, EMBA, Claremont University Consortium, Claremont, CA. Brakensiek was a former student of Professor Drucker, considered the “Father of Management.”

So why should safety pros understand the teachings and principles put forth by the Father of Management?

It’s simple, really: If safety pros want to “speak management’s language,” which has been a goal for nearly the entire history of the profession, what better avenue to understanding than to go to the source, the guru BusinessWeek magazine called “The Man Who Invented Management.”

"The world knows he was the greatest management thinker of the last century," Jack Welch, former chairman of General Electric Co., said after Drucker's death at age 95 in 2005.

"He was the creator and inventor of modern management," said management author Tom Peters. "In the early 1950s, nobody had a tool kit to manage these incredibly complex organizations that had gone out of control. Drucker was the first person to give us a handbook for that."

Here are some of Drucker’s major contributions:

●It was Drucker who introduced the idea of decentralization -- in the 1940s -- which became a bedrock principle for virtually every large organization in the world.

●He was the first to assert -- in the 1950s -- that workers should be treated as assets, not as liabilities to be eliminated. Let it be noted that “assets” are something to engage, as opposed to “liabilities,” which as Drucker says are to be eliminated, without making any contribution.

●He originated the view of the corporation as a human community -- again, in the 1950s -- built on trust and respect for the worker and not just a profit-making machine, a perspective that won Drucker an almost godlike reverence among the Japanese.

Hmm…sounds like a corporate culture with values to us.

●He first made clear -- still the '50s -- that there is "no business without a customer," a simple notion that ushered in a new marketing mind-set.

●He argued in the 1960s -- long before others -- for the importance of substance over style, for institutionalized practices over charismatic, cult leaders.

●And it was Drucker again who wrote about the contribution of knowledge workers -- in the 1970s -- long before anyone knew or understood how knowledge would trump raw material as the essential capital of the New Economy.