Deadline for submitting comments is Dec. 11 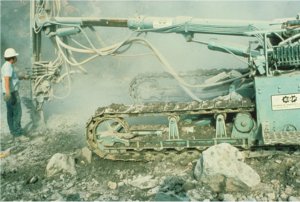 OSHA’s notice of proposed rulemaking for respirable silica has officially been published in the Federal Register, which ushers in the next phase of the process: public input.

The proposed rulemaking would reduce the amount of silica exposure allowed in general industry and the maritime industry by 50 percent. The exposure limit in the construction industry would be cut by 80 percent.

Workers’ exposures would be limited to a new PEL of 50 micrograms of respirable crystalline silica per cubic meter of air (50 µg/m3), averaged over an 8-hour day.

The current permissible exposure limits (PELs) for crystalline silica were established 40 years ago and are “outdated, inconsistent between industries, and do not adequately protect worker health,” according to OSHA, which says the proposed rule “brings protections into the 21st century.”

The public is strongly encouraged to participate in the process of developing a final rule. This can be done through written comments and participation in public hearings.

The deadline for submitting written comments on the proposed rule is Dec. 11, 2013.

Hearings on the proposed silica rule are scheduled to begin on March 4, 2014 at the Department of Labor’s Frances Perkins Building in Washington, DC. Members of the public who wish to participate in public hearings must submit a notice of intention to appear by Nov. 12, 2013.

Additional information on the proposed rule, including five fact sheets, and procedures for submitting written comments and participating in public hearings is available at www.osha.gov/silica/index.html.

See the Federal Register notice to read the notice of proposed rulemaking.