A tale of two states and two construction falls

Workers injured when a beam collapses in Florida, a stairway in Connecticut 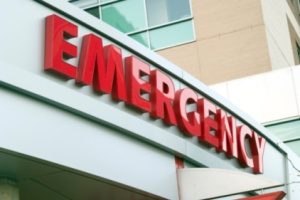 Although falls continue to cause a large number of injuries and fatalities in the construction industry, two recent incidents in two different states demonstrate the variety of falls that can occur.

A man pouring concrete for a second floor at a Ft. Lauderdale construction site fell 25 feet to the floor Wednesday morning after a beam collapsed and fell on him.

Ft. Lauderdale firefighters who arrived at the scene – a home-in-progress -- rescued the man from collapse debris and transported him to the Broward Health Medical Center, where he was treated.

In Bridgeport, Connecticut, an investigation is also underway – to find out why a temporary staircase in a house under construction gave way as four men were carrying a cast-iroon tub to the third floor of the home.

All four survived the 15 foot fall, although they had to be lifted out of the basement by firefighters. One worker reportedly had a broken leg, another a broken ankle.

Robert W. Kowalski, assistant director for the Bridgeport area OSHA office, said the agency was or would be investigating, although it was unclear how the government shutdown-imposed short staffing of the agency would affect the timeline.