Motives and barriers for learning 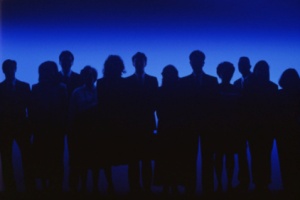 Why do we participate in learning?

You can probably come up with a long list of reasons on your own, but as a lowly student, your opinion doesn't count! Here's what some of the BIG GUYS have come up with:

Houle admits that these are not "pure" types; the orientations can overlap.

Boshier, Morstain and Smart: These three came up with six factors for participation:

Why don't we participate in learning?

Many have done studies on non-participation. The following researchers have worked out ways of grouping specific barriers into categories:

Cross: Three categories; Situational barriers (depending person's situation at a given time), Institutional barriers (all practices and procedures that discourage adults from participation--like filling out those application forms for graduate school), Dispositional barriers (person's attitude about self and learning).

Most of us can come up with many reasons for not participating in educational activities, but as educators, we may be so used to participating in learning ourselves that it becomes difficult to "think outside the box" sometimes.

Merriam and Brockett (1997) devote a whole chapter (the info below is from pp.187-200) to the issue of access to adult education and list four major conditions that limit access:

Geographic Conditions: There is a great divide between urban, suburban, and rural settings. Rural areas tend to have fewer resources for education. In many industrialized countries, however, inner cities may be worse off than some rural areas. Migrant and homeless people are also at a great disadvantage for receiving access to education.

Demographic Factors: Age and sex influence who participates and who doesn't. Young and middle-aged adults participate more than older adults--of course, younger adults often continue learning for their jobs. But older adults tend to have less education in general than younger people, and level of education is a good predictor of who will continue to participate in educational activities. The role of age could change significantly in the future, however, in countries such as the U.S., where life expectancy continues to rise.

Socioeconomic Conditions and Education: Those who have relatively affluent backgrounds, tend to remain that way and also tend to participate more in education. Those from less wealthy families participate less partly because they have less money to do so, but also because they don't fit into the system of education (i.e. they don't speak the same language, share the same norms, etc.) which is built and maintained by wealthier people. Formal education is also the kind of education that "counts the most," but it also costs the most and has the most prerequisites--less well-off people may be engaging in a variety of learning activities, but these activities don't count since they don't earn the learners an "official" piece of paper.

Cultural Determinants: Minority groups all over the world tend to participate less than majority groups. This can be due to majority groups explicitly prohibiting the participation of minority people. It can also be that belonging to certain non-majority groups can impact one's attitudes towards education. As a member of a particular social group, you may not feel that you can trust certain forms of education and may feel uncomfortable participating in them. Additionally, immigrant populations tend not to participate in educational activities as much as native-born populations.