NRDC: Heat deaths will rise sharply without U.S. in Paris Accord

In a little more than two decades, worsening summer heatwaves could kill 13,860 Americans a year, according to a new report released by the Natural Resources Defense Council (NRDC), in response to President Trump’s withdrawal of the U.S. from the Paris climate agreement.
Read More

The Natural Resources Defense Council (NRDC) and other environmental organizations are suing the Trump administration for violating the Clean Air Act by suspending protections against methane leaks and other air pollution emitted by oil and gas industry operations.
Read More

President Donald Trump has announced that he is withdrawing the United States from the Paris Climate Accord, a globally agreed upon coalition aimed at reducing emissions that cause climate change. Trump called climate change a “hoax” during his presidential campaign.
Read More

An effort to overturn a rule limiting methane emissions from oil and natural gas drilling has failed in the Senate – a first in the Trump administration’s ongoing effort to repeal Obama administration rules it deems burdensome to business.
Read More

EPA’s Pruitt fires half of scientific research board

At least half of the members of a key EPA scientific research panel have been dismissed, fueling speculation that they will be replaced by appointees from the very industries the EPA regulates. News sources report that nine of the 18-member Board of Scientific Counselors which evaluates research on climate change, water quality and chemical safety, among other areas, were let go after their three-year-terms ended. More terminations are expected. Board members are scientific, rather than political, nominees.
Read More

Greenhouse gases (GHG) are identified as the principal cause of climate change and managing them is crucial to help us adapt to its consequences. To address the issue, initiatives are being developed on an international, regional, national and local scale to limit GHG concentrations in the Earth’s atmosphere.
Read More 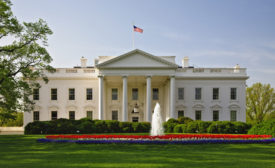 The budget of the EPA would be slashed by 31 percent and funding for research on climate change would be eliminated under the budget proposal unveiled by President Trump today.
Read More

Sierra Club: Pruitt will be “most dangerous EPA administrator in history”

Last week’s Senate approval of Scott Pruitt as head of the U.S. Environmental Protection Agency (EPA) was met with dismay by a number of environmental groups.
Read More

The webpage on which OSHA posts information about its ongoing activities has not seen any new updates since Jan. 19, 2017 – the day before President Donald Trump’s inauguration.
Read More 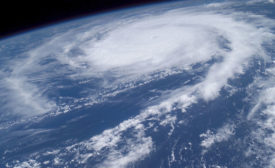 Robin Ackerman
Hurricane Matthew is a recent reminder for many of us that severe weather can be deadly. While all of us need to take precautions, outdoor workers are especially vulnerable. Two examples from New England show why it’s so vital that employers monitor and address the dangers extreme weather can present.
Read More
Previous 1 2 3 4 5 6 7 8 Next
Subscribe For Free!
More Videos