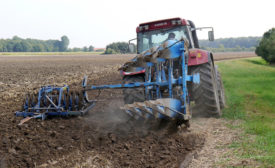 Eli Wolfe
As the dim early light washed over the Appalachian countryside, Jason Kingsley began his climb up the side of an 80-foot silo. Kingsley was not a morning person. But he was also broke and unemployed. So when a dairy farmer named Ronald Wood called to ask him to help to rescue a piece of machinery that had accidentally been buried under tons of hay and legumes, Kingsley said yes.
Read More

Eli Wolfe
Without saying why, federal traffic safety officials have quietly altered crash data, revealing that more than three times as many people die in wrecks linked to tire failures than previously acknowledged. For several years, the National Highway Traffic Safety Administration (NHTSA) stated that the annual death toll from tire-related crashes was 200. Then last year NHTSA abruptly ramped up the estimate, stating on its website that 719 people had died in 2015 in such crashes.
Read More

"One of the deadliest products on the market"
Eli Wolfe
Despite mounting casualties from crashes of recreational off-highway vehicles, the U.S. Consumer Product Safety Commission has shot down a proposal to track injuries and deaths involving the popular trail machines.
Read More 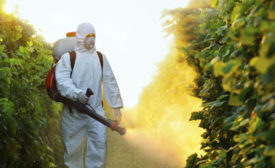 Eli Wolfe
For the second time in recent months, the U.S. Department of Labor has extracted penalties from a California farm business blamed for the deadly crash of a vehicle transporting migrant field workers to their jobs.
Read More

Eli Wolfe
For the third time in six years, a branch of one of the world’s largest cargo-handling companies has been accused by workplace safety authorities of a willful violation linked to a worker’s death.
Read More

Eli Wolfe
It’s no secret that the waning power of American unions has contributed to stagnant wages. But a new study suggests that this trend hasn’t affected just worker income. It also may have cost thousands of lives.
Read More
Previous 1 2 Next
Subscribe For Free!
More Videos

Following the regulations and staying in compliance are important, but we know you want to go beyond minimum requirements to keep your employees safe. Are you covering everything? And what does it take to go above what’s required?