Kelly Potter is a Marketing Associate for Transcendent Corporation. She's lived in Tampa for four years and graduated from the University of Central Florida with a B.A. in Communications and a Minor in English-Writing. She's written hundreds of blogs focusing around EAM CMMS technology and the use of these solutions within facilities around the world. In her spare time, she goes to amusement parks, runs half-marathons, write, and read.
Articles 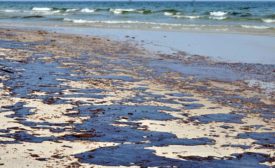 How the oil industry can benefit from IoT technology

Kelly Potter
In 2010, the Deepwater Horizon oil tragedy struck and took the nation’s attention for months. Two-hundred million gallons of oil spilled, 16,000 miles is the range it spread across the coastline from Florida to Texas, 8,000 animals were killed, and 11 workers were killed due to the explosion. Communities around the Gulf of Mexico came to a halt, but lurking underneath this disaster was an older spill spewing from an oil platform that was damaged six years earlier.
Read More
Subscribe For Free!
More Videos