Are we too afraid to stay safe? 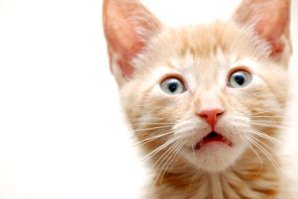 The malingering global economy has created, in many workplaces, a pervasive climate of fear. Fear can undermine worker safety in many ways. But unless we understand the nature and origins of this fear, we can never implement effective countermeasures.

Fear of Being Injured

The safety of the average workplace in most industrialized nations has improved to the extent that in most areas, there aren’t significant populations working in conditions that cause real fear that they may get killed in the course of their normal work routines. Sure there are workplaces out there that are fatalities waiting to happen, and yes, people are more willing to work there in a rough economy than they would be in a good economy.

Add to that the fact that more and more employers can’t afford to do adequate maintenance to equipment and facilities and have slashed training budgets and you have a recipe for disaster. Not today, maybe not tomorrow, but if the trend continues unabated injuries and fatalities will rise. Maybe fear isn’t affecting workers in a way it should.

One of my clients, a large manufacturing operation, had a hypothesis: layoffs would increase injury claims (mostly fraudulent) as workers preferred to go on disability rather than on unemployment.

They did a small study and were surprised by the results. Instances of injury claims (and most notably fraud) decreased. But under-recording of injuries skyrocketed.

Workers feared that an injury on their record would make them more likely to be laid off, and what’s more, a medical leave would make it far more difficult to find employment elsewhere if they did lose their jobs. Of course this is only a single example, and one study does not a trend make, but it convinced me, and it convinced my customer.

There are other cases where the fear of reporting injuries can manifest in unexpected ways. In some environments, where a single injury can spoil the safety BINGO or even cost coworkers a quarterly bonus, not only is the fear present its palpable and reasonable. It’s unwise to mess with someone’s paycheck in the best economic time, but in a recession it can be downright dangerous.

I’m no economist, but I believe the single biggest influencer in lack of consumer confidence was the “share the pain” craze of the last five years. Time was where when there was a downturn the company laid off 10% of the workforce, and the walking wounded who were left behind licked their proverbial wounds and then got back to work.

We mourned our dear departed and then went back to our daily routine. But the practice of forced furloughs, unpaid shut downs and other economic chicanery left everyone wondering when the axe would fall. Faced with a feeling of impending doom workers everywhere stopped spending in anticipation of a layoff that would never come. Reductions in staff hurt, but the pain quickly fades. This constant state of fear and worry creates stress and stress, worry, and fear increases our mistakes.

Fear As A Performance Influencer

In the Just Culture philosophy they talk about the inevitability of human error. Everyone makes mistakes, to err is human, blah blah blah.

Even while we can’t prevent people from making mistakes, we CAN increase the likelihood of making mistakes and bad decisions. The things that make things worse—harder to focus, more difficult to think, and make it easier to make mistakes—are fairly easy to identify. Fatigue, stress, worry, distraction, and yes, fear. In these cases the frightened worker is markedly more likely to omit a key step, take a dangerous shortcut, or otherwise increase his or her likelihood of injuring him/herself or others.

An automobile manufacturer with whom I worked saw a strong correlation between employee assistance line calls and injuries. Judging from their data, the safety leadership inferred a strong relationship between people who were worked up about something and injuries and near misses.

They may be guilty of causefusion (attributing cause and effect to situations where only a correlation exists) but they believed that they were seeing these performance influencers in action. As the economic slowdown turned into The Great Recession, both the calls to the hotline AND injury levels stayed flat, but the nature of the calls changed. Instead of calling with job related issues, more and more of the workers called about problems outside the workplace. Problems with coworkers or supervisors were replaced by worries of foreclosures and other financial concerns.

Fear of job loss and the subsequent financial consequences can increase the likelihood of workplace violence, as well. Studies in the causes of the postal shootings found a correlation between fear of job loss and the outbreak of the shooting. Postal workers were constantly threatened with the loss of their jobs while at the same time reminded that their limited education and background made it highly unlikely that they would ever have it as good as they had it at the post office. Whether or not these statements were true, workers believed them and when faced with nothing else to lose a handful of mentally ill workers reacted violently.

When fear is replaced by a feeling of fatefulness bad things are going to happen. Companies can only push workers (from the executive suite to the rank and file) so far before the system breaks down and bad things start to happen.