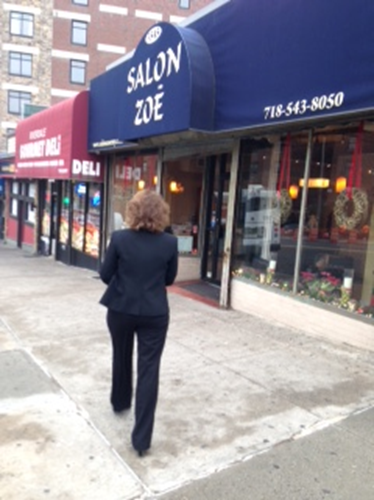 A receptionist at a Bronx, New York beauty salon who was fired after giving co-workers an OSHA fact sheet about formaldehyde hazards will get $65,000 in lost wages, after the agency stepped in to enforce whistleblower provisions of the OSH Act.

After an OSHA investigation, the U.S. Department of Labor brought a lawsuit in federal court to fight the unlawful retaliation.

The result was a settlement with Salon Zoe and owner Kristina Veljovic. In addition to  the lost wages, Velijovic agreed agreed to pay the former receptionist $100,000 in compensatory damages for emotional pain and suffering and to remove references to the termination from her personnel records.

Salon Zoe agreed to permanently post an OSHA poster in a prominent spot in the workplace and to distribute an OSHA whistleblower fact sheet to current employees and new hires. OSHA personnel even went out to the salon during working to read a statement of whistleblower rights, including a notice that the salon was under an injunction from the court to follow the law. (At right, OSHA’s Teri Wigger visits Salon Zoe to investigate the firing of a whistleblower. Photo: DOL Blog.)