The neuroscience behind error reduction techniques

Welcome back. In the last issue, we discussed the concept of self-triggering and the importance of learning how to self-trigger quickly, or at least quickly enough to prevent making a critical error, which means that we have to train the sub-conscious mind.

Now, to a certain extent, we have already discussed the importance of involving or using the subconscious mind to prevent injuries when we talked about developing good habits with eyes on task, so that if or when your mind goes off task, you’ll still get the benefit of your reflexes. Habits and reflexes are not things we are deciding to do in the moment with our conscious mind. They are both subconscious.

All this is where the neuroscience comes in. Until the last 10 years or so, scientists and psychologists could speculate as to what part of the brain was being used. But it wasn’t until FMRIs that they could prove it. And I think that it’s interesting how the neuroscience and the critical error reduction techniques are aligned or how the neuroscience supports or validates the critical error reduction techniques. But my dad, who is an engineer, was unimpressed. When I explained it to him, he said that it was one of the best examples of “locking the door after the horse has got out” he’d ever heard.

His point was that the CERTs (critical error reduction techniques) were around for 10 years before they started doing experiments with FMRIs so if the CERTs didn’t work, they would have been “dead and gone” long before the neuroscience was published. So he’s got a point. But it’s still pretty interesting. And it is science which always helps when dealing with skeptics. 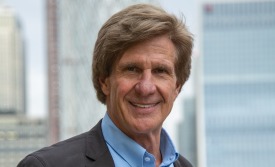 We’re going to get into at least a bit of it as we go through all four critical error reduction techniques. Two of which we have discussed already: work on habits, or work on improving your safety-related habits and self-triggering on the states (rushing, frustration, fatigue) so you don’t make a critical error. And obviously, this has to happen quickly. Even if it’s only a split-second too late, it’s still too late. And in order to get close to reflex speed, we need to use the subconscious mind.

The conscious mind just isn’t quick enough. Ironically, training the subconscious mind — isn’t quick—and when you think about learning arithmetic, it wasn’t always exciting either. To give you an example of speed, repetition and the power of the subconscious mind, just answer the following question as quickly as you can: What is 3 x 4? You probably already have the answer in your head before you read it here. It’s 12. That’s how quick your subconscious mind is. But how many repetitions did it take to get that quick so you didn’t have to process anything? Now try 13 x 14.

Like the example above, you could probably do the calculation in your head, but not before you read the answer, which is 182 — or before you were seriously hurt in a motor vehicle collision on the highway or fell down the stairs at work. That’s how fast self-triggering has to be. Repetition is the key to training your subconscious. It’s like someone walking over a grass field. Not much changes. But if two or three people walk over it, then twenty or thirty, pretty soon you have a path. And as more and more people walk over it, it gets wider.

And just like the grass, the key is repetition: getting people to keep associating rushing, frustration and fatigue with risk to develop that sub-conscious sense of danger. Which brings us back to the moment, so we can use our conscious brain to keep our eyes and mind on task. So even though there are no shortcuts to training you subconscious, with enough stories and repetition you can learn how to self-trigger quickly enough to prevent making a critical error.

If only it was so easy with complacency. Complacency is different than rushing, frustration or fatigue in that you can’t notice it very easily in the moment. It’s something that happens over time.

As you get used to something, like driving 60 mph/100 km/h, although there is plenty of hazardous energy, we get used to it pretty quickly. And as soon as the fear or skill is no longer pre-occupying, your mind can wander. We don’t give our minds permission for this, it happens as soon as our subconscious determines we’ve “got it.” So we can’t really stop complacency from leading to mind not on task. But as mentioned before, we can find ways to bring our mind back on task quickly and efficiently. And that’s where the third critical error reduction technique comes in.

As soon as things become too familiar, they tend to get “filtered out” by a part of your brain called the Reticular Activation System or RAS. Its purpose is to filter out the “noise” in the environment, such as the birds in the trees so you can instead hear the rustle in the grass and know it could be a snake. And while this might have been a really good thing dozens of years ago, it isn’t much help for things like driving at highway speed and trying to remain vigilant.

So we talked about habits like leaving a safe following distance when driving to help compensate for complacency, leading to mind not on task. But if you’re driving and you happen to see someone following way too close, you will find yourself almost automatically checking your own following distance as well. So, taking this idea a bit further, if we observe others for state to error risk patterns, every time we see one, we will think about risk, which will make us think about ourselves and the risk of what we are doing.

And if we practice looking for these state to error risk patterns enough, it’s like training our RAS to “light up” whenever we see one. So the RAS isn’t all bad, because you can also train your RAS to see or find what you want to pick out of the noise.

Unfortunately, some people only use this “talent” to be able to find liquor stores or their favorite hamburger joint. And they can do this much faster than others who have not trained their RAS to look for those “important” things.

You can try it yourself: just look for anything you see that’s red before you leave the house. Say what it is out loud as you see each thing or item. Now pay attention to how many red cars you notice when you start driving (there’s lots). So provided you make a bit of an effort, you can train your RAS to look for risk patterns. And once you start to see them, you’ll see them everywhere. And it will really help to keep your eyes and mind on task. Or, to put it another way, this CERT will help you fight complacency.

The last CERT we need to cover is, “Analyze close calls and small errors” so you don’t have to agonize over the big ones. The basic principle here is that there are so many little injuries or close calls compared to serious injuries. But they’re all caused by the same state to error risk pattern.

If we could learn from the “free” ones we wouldn’t have to agonize over the serious ones. So, whenever you make a mistake, bump into something, or momentarily lose your balance — even if you don’t fall down — ask yourself why. Was it a state like rushing, frustration or fatigue that you didn’t self-trigger on; was it complacency leading to mind not on task.

If it was complacency, then you probably need to work on improving a safety-related habit, or you might need to put more effort into observing others for state to error risk patterns. So that’s the basic or the fundamental part of this technique. But another part of this technique is to think about how this close call or minimal injury could have been worse.

By contemplating the worst-case scenarios, more and stronger neural pathways are created in our brains, which eventually will give us that almost instant sense of danger. So getting people to tell stories about injuries and serious close calls that have happened to them, the states and critical errors involved, and then getting them to think about how it could’ve been worse isn’t fear mongering. It’s actually just using the neuroscience to our advantage.

Instead of always having to experience the pain ourselves, we can think about it when we hear stories from other people, and that works almost as well. Did you know you could use your imagination to help prevent serious injuries? (My dad didn’t.) And as you can imagine, it’s a fairly big shift for a lot of managers and safety professionals who can’t understand why we’re wasting time getting employees to tell stories about their serious accidental injuries and the pain/inconvenience they caused. These are usually the same folks who are still back at the “hazards and sunk costs” paradigm. So, for them, there is some good news because using your imagination doesn’t cost any money.

In summary, there are four critical error reduction techniques to deal with the injuries in the Self-Area (over 95 percent). These techniques are supported by neuroscience, which proves, among other things, why you have to put some time and effort into the four CERTs. Just like the path through the grass field, a lot of repetition is the key to making the neural pathway in the first place, and a certain amount of repetition is also required to maintain the pathway so it doesn’t erode or fade away.

Just like with a musical instrument that you haven’t played in a while or a language you haven’t spoken in a long time, those pathways will also get weaker if you don’t keep using them. So we can learn a lot from the neuroscience. Especially as it relates to complacency, habits and how enough rushing and frustration can override even good habits.

Next issue: rushing, frustration, fatigue and the complacency continuum.

Larry Wilson is a pioneer in the area of human factors in safety. He has been a behavior-based safety consultant for over 25 years and has worked on-site with hundreds of companies worldwide. He is also the author of SafeStart, used in more than 3,000 companies, 66 countries, with more than 3.5 million people trained.
Subscribe For Free!
More Videos