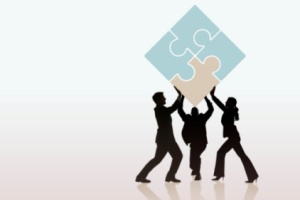 Fatigue can lead to dangerous errors by doctors, pilots and others in high-risk professions, but individuals who work together as a team display better problem-solving skills than those who face their fatigue alone, new research shows.

“Teams appear to be more highly motivated to perform well, and team members can compare solutions to reach the best decision when they are fatigued. This appears to allow teams to avoid the inflexible thinking experienced by fatigued individuals,” said Daniel Frings, PhD, a senior lecturer in social psychology at London South Bank University.

His study was published online this week in the American Psychological Association’s Journal of Experimental Psychology: Applied®.

The study examined the problem-solving skills of 171 army officer cadets during a weekend training exercise. Individual cadets and teams of four cadets from the University of London Officers' Training Corps worked on a series of math problems. Some cadets were tested at the beginning of the training when they were rested, while others were tested at the end when they were exhausted from military drills, night watch duty, and a lack of sleep. The results showed that individual soldiers who were fatigued performed significantly worse on the tests than alert soldiers. However, teams of cadets performed just as well when they were tired as when they were alert.

Many studies have shown how fatigue affects individuals, but little research has explored how teams cope with fatigue. The cadets, who ranged in age from 18 to 24, completed math tests that measured the “Einstellung effect,” a type of inflexible thinking where individuals rely on previous solutions to problems rather than adapting to new situations that may require a different approach.

“Flexible thinking during problem solving is vital in many fields,” Frings said. “Failing to adapt quickly to new situations can be very dangerous in constantly changing environments, such as hospitals and battlefields. A doctor may misdiagnose a patient if he always connects one group of symptoms with a certain condition rather than considering other possibilities. Military leaders also may overlook potential risks to soldiers if they don’t adapt their thinking to changes on the ground.”

The cadets completed 10 problems involving hypothetical water jugs that had to be filled to certain levels by pouring the jugs into one another. Some problems had multiple solutions so cadets had to show flexible thinking as they worked through the test. Teams may handle fatigue better than individuals because some team members may be less susceptible to fatigue and still able to perform at a high level, the study found.

In situations where fatigue is a factor, decisions should be made by teams rather than individuals when possible, the study concluded. If that isn’t practical, then organizations should train their employees to identify the inflexible thinking that can result from fatigue and possibly delay crucial decisions.