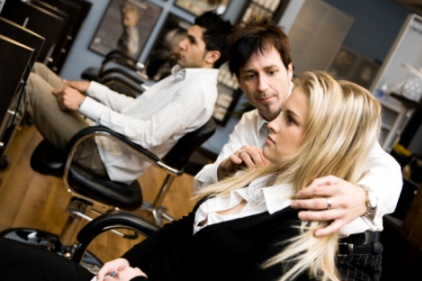 OSHA has issued a revised hazard alert to hair salon owners and workers about potential formaldehyde exposure from working with certain hair smoothing and straightening products. The revised alert was prompted by the results of agency investigations, a warning letter issued by the U.S. Food and Drug Administration and factually incorrect information recently sent to salons by a company that manufactures hair products. OSHA's updated alert can be viewed at http://www.osha.gov/SLTC/formaldehyde/hazard_alert.html During recent investigations, OSHA's air tests showed formaldehyde at hazardous levels in salons using Brazilian Blowout Acai Professional Smoothing Solution and Brasil Cacau Cadiveu, resulting in citations for multiple violations. OSHA found that workers were exposed to formaldehyde in these salons at levels higher than the agency's protective limits. OSHA also cited two manufacturers and two distributors of hair smoothing products for violations that included failing to list formaldehyde on product labels as well as on accompanying hazard warning sheets, known as material safety data sheets, that are provided to the products' users.

The FDA issued a warning letter on Aug. 22 to the importer and distributer of Brazilian Blowout Acai Professional Smoothing Solution stating that the product is adulterated and misbranded. Although the solution contains methylene glycol, which can release formaldehyde during the normal conditions of use, the product is labeled "formaldehyde free" or "no formaldehyde" and does not list formaldehyde on the material safety data sheet.

Following an Aug. 24 letter sent by Brazilian Blowout to salon owners claiming that all OSHA air tests performed on the company's Brazilian Blowout Professional Acai Smoothing Solution yielded results below OSHA's standard for exposure, the agency sent a letter today to the company refuting that assertion. OSHA's letter can be viewed at http://www.osha.gov/SLTC/formaldehyde/brazilian_blowout_letter.pdf

"Misleading or inadequate information on hazardous product labels is unacceptable," said OSHA Assistant Secretary Dr. David Michaels. "Salon owners and workers have the right to know the risks associated with the chemicals with which they work and how to protect themselves."