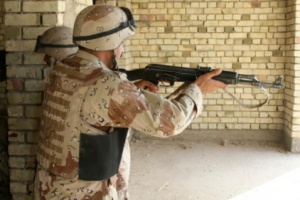 Headaches, a virtually universal human complaint at one time or another, are among the top reasons for medical evacuation of military personnel from Iraq and Afghanistan, and for ongoing depletion of active-duty ranks in those countries, according to research led by Johns Hopkins specialists. Just one-third of soldiers sent home because of headaches return to duty in either place, the research shows.

“Everyone gets headaches, and there are generally physical or psychological stressors that contribute to them,” says study leader Steven P. Cohen, M.D., an associate professor of anesthesiology and critical care medicine at the Johns Hopkins University School of Medicine and a colonel in the U.S. Army Reserves. “War amplifies all stressors, which may be why headaches take such a great toll in soldiers overseas.”

The findings, published online in Cephalalgia, the journal of the International Headache Society, highlight one of the fastest-growing causes of medical evacuations from the two prolonged military conflicts. They are a significant and worrisome contributor to the depletion of military units overseas, Cohen says.

Overall, neurological illness is one of the top three causes of non-combat-related loss of unit strength in Operations Iraqi Freedom and Enduring Freedom, and headaches are the most common neurological complaint in the war zones. Cohen and his team found that post-concussion headaches and migraines were the most common forms of headache requiring evacuation. Physical trauma led to almost half of the debilitating headaches, they determined.

Cohen says a significant number of headaches were the result of damage to or pressure on the occipital nerve, located in the back of the head. This is often caused by the heavy Kevlar helmets soldiers are required to wear on patrol and for long periods.

“Everyone who goes on patrol wears a Kevlar helmet,” Cohen says. “They are heavy. They are hard to wear. But if you get a headache from your helmet, you still must wear it. If you can’t tolerate your helmet, you can’t do your job. It would be too dangerous. So these folks end up being evacuated and not returning to duty.”

The study results emerged when Cohen and his colleagues reviewed the medical records of all 985 military personnel — roughly one in 1,000 soldiers deployed in the regions — medically evacuated from Iraq and Afghanistan between 2004 and 2009 with a primary diagnosis of headache. This did not include those evacuated primarily for other reasons (trauma, for example) who suffered headaches as a consequence.

Some 67 percent never returned to the war zone, the researchers found. Those most likely to return were officers, whose jobs are often less physically taxing, and women, who rarely have combat roles.

For those headache sufferers who also had a diagnosis of a psychiatric illness or traumatic brain injury, the return to duty rate was among the lowest. Those whose headaches were treated with narcotic pain killers were also far less likely to return to work in a war zone.

Although headaches can be difficult to diagnose — there is no real independent test to validate headache pain beyond the victim’s assessment of pain — Cohen says he doesn’t believe that soldiers are exaggerating symptoms in hopes they will be sent home from war.

“Headaches can really be tough to manage,” says Cohen, who is also director of chronic pain research at Walter Reed National Military Medical Center. “When people have bad headaches, they often can't think or work. They're incapacitated. That doesn’t work in a war zone.”

Cohen says his data can’t quantify how prevalent headaches are among deployed personnel, just how many who report them are medically evacuated. Cohen says it is important that military doctors understand how headaches affect those on the ground and make efforts to treat them more successfully where they are, rather than turn to evacuation. He says better guidelines for the management of headaches, both on the ground and post-evacuation, could help retain soldiers on active duty in war zones. Also, he says, better design of helmets could reduce strain on the occipital nerve and prevent at least one common type of headache.

The study was funded by the John P. Murtha Neuroscience and Pain Institute, the U.S. Army and the Army Regional Anesthesia and Pain Medicine Initiative.