Bearing witness to the perfect storm 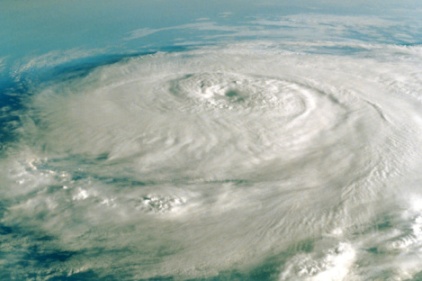 October 2011 marked the 20th anniversary of the original Perfect Storm, the Halloween Nor’easter that ravaged New England in 1991. The phrase "perfect storm" is now used to describe events beyond weather, including political shifts, economic trends, and other drastic confluences of circumstances. But at its core, the perfect storm is a case of occupational fatality — a work-related disaster that cost six commercial fishermen aboard the Andrea Gail their lives while doing their job.

Since the early 1990’s, commercial fishing has been ranked as one of the most dangerous jobs in the United States. That rather infamous distinction continues today. In 1990, NIOSH began working closely with industry partners in Alaska to address the high number of fishing fatalities in the state. Since that time fishing fatalities in Alaska waters have been reduced 42%. Despite 20 years of success in Alaska, commercial fishing is still the most dangerous job in the United States. Beginning in 2004, NIOSH and partners started building on the progress in Alaska to address the hazards that persist in the industry nationwide and identify and validate effective protective measures for other regions of the country.

Last month, the National Transportation Safety Board (NTSB) released a series of recommendations related to safety in the commercial fishing industry. The recommendations are the result of input given by industry experts at the NTSB’s Fishing Vessel Safety Forum held in October 2010 in Washington, DC. The event was held over two days and had six topical panels comprised of invited fishing industry experts including Dr. Jennifer Lincoln of NIOSH’s Alaska Pacific Regional Office who gave testimony during three of the panels. Topics included vessel issues related to safety, lifesaving equipment, safety training for commercial fishermen, and impacts of fisheries management on safety.

Based on the input from the panels and questions asked by the NTSB members, five recommendations were promulgated and presented to the United States Coast Guard (USCG) for consideration in NTSB Safety Recommendations M-11-23 through 27 (www.ntsb.gov/doclib/recletters/2011/M-11-023-027.pdf ):

The NTSB cited NIOSH’s research into personal flotation devices (PFDs) as a primary source for their recommendation that all fishermen should wear a flotation aid while on deck. Additionally, much of the data supporting all of these recommendations are the result of NIOSH analysis of commercial fishing fatality data through the Commercial Fishing Incident Database. This NIOSH-developed system contains every commercial fishing fatality in the United States since 2000. For example, NIOSH data analysis highlighted the need for stability awareness among crab fishermen in Alaska’s "deadliest catch" in the late 1990s. Working in partnership with the USCG, NIOSH helped develop and evaluate a pre-season dockside inspection program for the Bering Sea crab fleet, which has reduced fatalities in that fishery from an average of eight per year from 1990–1999to less than one per year from 2000–2009. The dubious distinction of being the "deadliest catch" has now been passed along to the scallop and multispecies groundfish fleets on the East Coast of the United States.

This ability to analyze risks in the fishing industry nationwide and promote fishery specific interventions makes the NIOSH commercial fishing safety research program a valued asset to policy makers and the fishing industry. Clear evidence is available to support the NIOSH model of data analysis and targeted interventions with industry partners to affect change among even the most deadly occupations. The recent recommendations from the NTSB, along with the recent Coast Guard Reauthorization Act of 2010 and NIOSH’s continual analysis of fatality data, could be a perfect storm of public health intervention that can address and greatly reduce fatalities in the nation’s deadliest occupation.

We are proud that NIOSH’s research in partnership with the commercial fishing community has pioneered a better understanding of the factors that contribute to the risk of job-related death on the seas, and from that understanding, the development of practical interventions to prevent deaths and serious injuries from occurring.

For more information on the NIOSH commercial fishing safety program or to download the regional fatality summaries and other publications visit www.cdc.gov/niosh/topics/fishing.

John Howard, M.D. is Director of the National Institute for Occupational Safety and Health (NIOSH).