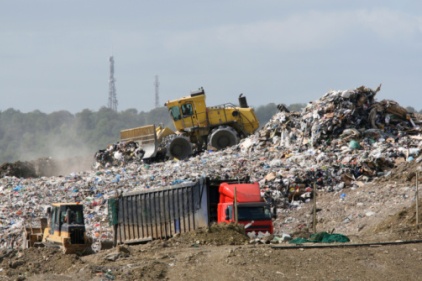 Lieze Associates, dba Eagle Recycling, of New Jersey, was sentenced recently in federal court in Utica, N.Y., following their guilty plea to conspiring to violate the Clean Water Act and to defrauding the United States, the U.S. Attorney’s Office for the Northern District of New York and the Department of Justice Environment and Natural Resources Division announced today.

Eagle Recycling was sentenced to pay a $500,000 criminal fine and more than $70,000 in restitution and cleanup costs. The judge also imposed three years corporate probation and ordered that its recycling facility formulate, fund and implement an environmental compliance plan to prevent future environmental violations at their North Bergen, N.J., operation.

According to the charges and plea agreement, Eagle Recycling and other co-conspirators engaged in a multi-year scheme to illegally dump 8,100 tons of pulverized construction and demolition debris that was processed at Eagle Recycling’s North Bergen solid waste management facility and then transported to a farmer’s property in Frankfort, N.Y.  Eagle Recycling and other conspirators then concealed the illegal dumping by fabricating a New York State Department of Environmental Conservation (DEC) permit and forging the name of a DEC official on the fraudulent permit.