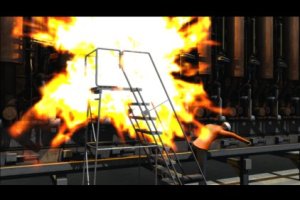 In a statement released yesterday, Chemical Safety Board (CSB) Chairman Rafael Moure-Eraso expressed strong support for OSHA's proposal to include an "unclassified hazards" category in the current proposal to adopt the UN's Globally Harmonized System for Classification and Labeling of Chemicals:

"Recently, I wrote the Office of Information and Regulatory Affairs at the Office of Management of Budget (OMB), to express my strong support for the Occupational Safety and Health Administration’s (OSHA) proposal to include an “unclassified hazards” category in its pending Final Rule. Currently OMB is reviewing the Final Rule for adoption of a Globally Harmonized System (GHS) which would align the existing hazard communication standard with the United Nations’ Globally Harmonized System for Classification and Labeling.

"As my letter indicates, the inclusion of an “unclassified hazards” category would substantially improve the ability of the GHS system to provide crucial information to workers and employers about serious hazards that might otherwise not be included in safety data sheets because they do not fit into the current classification categories of the GHS.

"Over the past eight years, the CSB has conducted five major investigations and one safety study of fatal combustible dust explosions and flash fires.  We have found this hazard to be far too common in industry, yet the GHS would be unable to effectively provide information about its presence or prevention without an “unclassified hazards” category. Indeed, both in its own investigations and in many other instances, the CSB found that a large proportion of safety data sheets for combustible dusts did not warn of their explosion hazards.

"Just last week I was in Nashville, Tennessee, to release the CSB’s final investigation into three iron powder flash fires that occurred at the Hoeganaes facility located in Gallatin. These accidents resulted in five worker fatalities and two injuries – it is my hope that improved communication standards will assist in addressing the hazards of combustible dust. We urge OSHA and all the relevant industry and labor stakeholders to support the inclusion of the “unclassified hazards” category in the GHS proposal now before the OMB."

The CSB is an independent federal agency charged with investigating serious chemical accidents. The agency's board members are appointed by the president and confirmed by the Senate. CSB investigations look into all aspects of chemical accidents, including physical causes such as equipment failure as well as inadequacies in regulations, industry standards, and safety management systems.

The Board does not issue citations or fines but does make safety recommendations to plants, industry organizations, labor groups, and regulatory agencies such as OSHA and EPA. www.csb.gov.