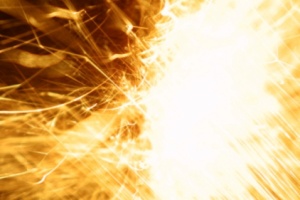 "On Feb. 20, 2003, powerful dust explosions tore through the CTA Acoustics plant in Corbin, where fiberglass insulation was manufactured for the automotive industry. The loss of seven lives and scores of injuries made the accident one of the state's deadliest.

"U.S. Chemical Safety Board investigators found that the explosion was fueled by resin dust which accumulated in a production area and that was likely ignited by flames from a malfunctioning oven. The resin involved was a phenolic binder used in producing fiberglass mats.

"Investigators found that CTA had been aware that combustible dust in the plant could explode, but did not modify the design of the plant to prevent the release and accumulation of the dust, communicate the hazard to workers or modify operating procedures. The CSB also found that Borden Chemical, the manufacturer of the resin, had failed to include adequate safety warnings on the data sheets for the raw material that generated the combustible dust.

"As a result of the tragedy in Corbin, the CSB issued a number of recommendations to the company, the state of Kentucky, trade associations and others. I am pleased to report the board found the responses to all of those recommendations to be positive and thus the cases were closed.
But dust explosions continued to occur elsewhere, leading the CSB in 2006 to recommend that the Occupational Safety and Health Administration should issue a federal regulatory combustible dust standard for general industry, to end these preventable tragedies.

"Yet, nine years after the CTA catastrophe, and more than five years after our recommendation to OSHA, there is still no comprehensive OSHA standard to prevent these accidents.

"The same year that the CTA accident occurred, in 2003, a fatal dust explosion at West Pharmaceutical in Kinston, N.C, killed six workers. Then one worker was fatally burned and another seriously injured at a metal dust fire at the Hayes Lemmerz aluminum wheel manufacturing company in Huntington, Ind. In all, 14 workers died from dust explosions in that one year.

"The safety board launched a study into the hazards of combustible dust. Our 2006 report revealed there is no national regulation that adequately addresses combustible dust explosion hazards in general industry. Although many states and localities have adopted fire codes that have provisions related to combustible dust, a CSB survey found that fire code officials rarely inspect industrial facilities to enforce the codes. The board clearly stated that American industry needs a comprehensive federal combustible dust regulation.

"Although OSHA agreed to develop a dust standard in April 2009, the agency's most recent 2012 regulatory agenda does not include any specific milestones or targets for the standard's development. Without a standard that comprehensively addresses the hazards of combustible dust, American workers will continue to be put at risk for future catastrophic explosions and fires.

"Since the tragedies of 2003 that hit Corbin and two other cities, dust explosions continue to take workers' lives. Among the most devastating:
On Feb. 7, 2008 combustible sugar dust at the Imperial Sugar Refinery in Port Wentworth, Ga., ignited. The resulting explosions and fire led to the death of 14 workers and injuries to 38 others. The CSB investigated and once again called on OSHA to move forward "expeditiously" with promulgation of a combustible dust standard.

"I don't know what steps China is taking to prevent its dust explosions, but I do know what can be done here in the U.S. It's time for OSHA to move on a comprehensive regulation to adequately address combustible dust hazards."