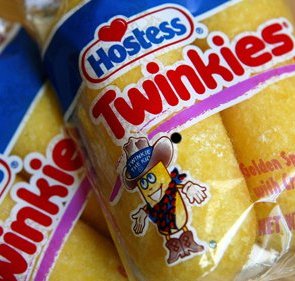 A well-known snack manufacturer which has been in the news lately for its bankruptcy declaration can add OSHA fines to its financial problems.

The agency has proposed nearly nearly $105,000 in fines against Interstate Brands -- doing business as Hostess Brands for safety hazards at its plant in Biddeford, Maine

An inspection by OSHA's Augusta Area Office uncovered mechanical, electrical, fall and exit hazards, including some similar to those cited at other Interstate Brands facilities, according to William Coffin, OSHA's area director for Maine. "Left uncorrected, these violations expose workers to the hazards of electrocution, lacerations, amputation, falls, being caught in operating or unexpectedly activated machinery and being unable to exit the workplace swiftly in the event of a fire or other emergency."

OSHA's inspection found an absence of guardrails to prevent workers from falling into and through hoppers; a locked emergency exit door and an exit route blocked by product racks; unguarded moving machine parts on a conveyor belt, band saw blade, drill press and other equipment; undocumented procedures to prevent the unintended activation of machinery during maintenance; and individuals working on live electrical equipment who were not familiar with the protective equipment needed for such work.

The recurring violations involve failing to guard chains and sprockets on a cake alignment conveyor and a packaging machine feeder, and provide personal protective equipment to safeguard employees against electrical shocks, arc flashes and arc blasts while working with live electrical parts. The citations carry $62,500 in fines. OSHA cited International Brands in 2010 for similar hazards at plants in Columbus, Ga., and Schiller Park, Ill.