Publix had same lockout/tagout violation in 2008 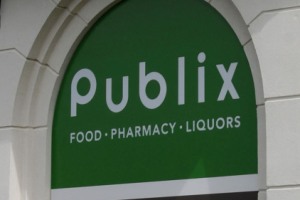 Publix Supermarkets Inc. has been cited by the OSHA for 16 safety and health violations at its Jacksonville, FL distribution facility in Jacksonville after receiving a complaint in September that a worker's hand was amputated while cleaning conveyor equipment. Proposed penalties total $182,000.

One willful violation with a $70,000 penalty was cited for failing to utilize procedures for the control of potentially hazardous energy when employees service or clean equipment.

Two repeat violations with penalties of $66,000 include failing to develop, document and utilize lockout/tagout procedures and not conducting an annual inspection of the energy control procedures. A repeat violation exists when an employer previously has been cited for the same or a similar violation of a standard, regulation, rule or order at any facility in federal enforcement states within the last five years. The company's Dacula, Ga., location was cited for the same violation in April 2008.

Publix Supermarkets also has been cited for six serious violations with penalties of $39,400 for failing to adequately train employees in procedures for the lockout/tagout of machine energy sources, install machine guarding on equipment where employees could come into contact with rotating and ingoing nip points, protect workers from struck by hazards by not anchoring equipment to the floor, protect workers from electric shock by having damaged electrical equipment repaired, use appropriate electrical outlet boxes in wet/damp locations and use receptacles that did not have weatherproof enclosures.

Six other-than-serious safety violations with penalties of $6,600 have been cited for failing to complete an OSHA 301 log injury and illness incident report or its equivalent for 2007, 2008, 2009 and 2010, and have a company executive sign the OSHA 300 log of injuries and illnesses for 2007 and 2008. One other-than-serious health violation, with no monetary penalty, has been cited for failing to have a written hazard communications program that listed hazardous chemicals in the workplace.

"Publix is well aware of the hazards the cleaning crew was exposed to, yet took no steps to safeguard employees by controlling the conveyor equipment's energy source," said Brian Sturtecky, OSHA's area director in Jacksonville. "Exposing workers to amputation hazards is unacceptable, and corrective action must be taken immediately."

Due to the repeat violations and the nature of the hazards, OSHA has placed Publix in its Severe Violator Enforcement Program, which mandates targeted follow-up inspections to ensure compliance with the law. The program focuses on recalcitrant employers that endanger workers by committing willful, repeat or failure-to-abate violations.