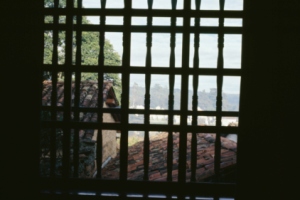 In its final days of existence, the California Department of Mental Health (DMH) is disregarding the rule of law where worker safety is concerned.

Last week the California Division of Occupational Safety and Health (Cal/OSHA) demanded that DMH increase staffing at Patton and Atascadero State Hospitals as part of its plan to cut the number of attacks on workers there. Instead, DMH mailed hundreds of letters putting hospital workers on notice for layoff.

"It makes no sense for DMH to start laying off treatment staff at the same time that Cal/OSHA is telling them they have to increase staff to keep us safe," said Mona Mosk, a psychologist at Patton.

Safety Now, a coalition of workers concerned about the growing violence in state hospitals, is calling on legislators to hold DMH accountable for its terrible safety record and put a moratorium on layoffs that would only make the problem worse. "This move for a reduction of hospital staff directly contradicts what our coalition has asked for repeatedly over the last year and half," said Eric Soto, Metropolitan State Hospital Psychiatric Technician.

As a corrective measure, Cal/OSHA demanded that DMH increase staffing on the units where patients live and receive treatment. While the latest Cal/OSHA reports applied specifically to Patton and Atascadero State hospitals, in 2011 Cal/OSHA requested that corrective measures including increased staffing be implemented at Metropolitan and Napa State Hospital, where a worker had been strangled by a patient on hospital grounds.
Flouting Cal/OSHA's call to increase staffing, DMH is moving forward with layoff plans submitted to the Department of Personnel Administration on February 28th. They have begun contacting labor unions to discuss their plans to cut the number of psychiatrists, psychologists, social workers, rehabilitation therapists, and psychiatric technicians who provide treatment to the hospital patients. Hundreds of workers received advance notices last week, which the state is required to send to three times the number of workers it expects to be affected by layoffs. Many are outraged by what they see as the Department's disregard for their patients' and their own lives.

"It's been a year and a half since my colleague Donna Gross was killed at Napa," said Linda Monahan, a psychiatric technician at Napa." Adequate staffing is the key to improving safety. Cutting staff now would be a huge step backwards that would put us all in greater danger."

"Spend five minutes inside one of these hospitals and you'll know we need more treatment staff helping these patients, not fewer. These layoffs make no sense at all," said Corinne Weaver, a social worker at Napa.

Plans to transition responsibility for state mental hospitals to a newly created Department of State Hospitals so far has not improved conditions for patients or workers.
DMH leadership has always acted as if the rules did not apply to them, and now that the Department is slated for closure, it has gotten completely out of hand. The Safety Now coalition is calling on state legislators to step in and restore order before anyone else gets hurt or killed.

"Understaffed plus overworked is a recipe for disaster," said Carlos Garcia, a 14-year Metropolitan State Hospital Senior Psychiatric Technician who received a letter about the layoff from DMH.