Feeling valued at work linked to well-being and performance 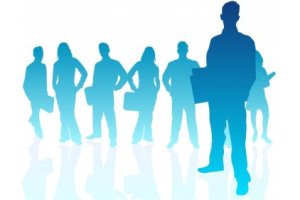 Half of all employees who say that they do not feel valued at work report that they intend to look for a new job in the next year, according to a survey by the American Psychological Association (APA). Conducted online among 1,714 adults between January 12 and 19, 2012 on behalf of the APA by Harris Interactive, the survey found that employees who feel valued are more likely to report better physical and mental health, as well as higher levels of engagement, satisfaction and motivation, compared to those who do not feel valued by their employers.

Almost all employees (93 percent) who reported feeling valued said that they are motivated to do their best at work and 88 percent reported feeling engaged. This compares to just 33 percent and 38 percent, respectively, of those who said they do not feel valued. Among employees who feel valued, just one in five (21 percent) said they intend to look for a new job in the next year (vs. 50 percent of those who said that they do not feel valued). A variety of factors were linked to feeling undervalued at work, including having fewer opportunities for involvement in decision making (24 percent vs. 84 percent), being less satisfied with the potential for growth and advancement (9 percent vs. 70 percent), having fewer opportunities to use flexible work arrangements (20 percent vs. 59 percent) and being less likely to say they are receiving adequate monetary compensation (18 percent vs. 69 percent) and non-monetary rewards (16 percent vs. 65 percent). Overall, more than one in five (21 percent) working Americans said they do not feel valued by their employers.

Many Americans continue to report chronic work stress, with two out of five (41 percent) employees reporting that they typically feel tense or stressed out during the workday. Commonly cited causes of work stress include low salaries (46 percent), lack of opportunities for growth or advancement (41 percent), too heavy a workload (41 percent), long hours (37 percent) and unclear job expectations (35 percent).

“The business world is in the midst of a sea change,” says David W. Ballard, PsyD, MBA, head of APA’s Psychologically Healthy Workplace Program. “Successful organizations have learned that high performance and sustainable results require attention to the relationships among employee, organization, customer and community.”