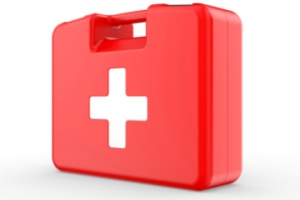 A recent OSHA memo is "a great step forward in trying to address the growing problem of policies and practices that discourage reporting of injuries," according to Peg Seminario, Safety and Health Director of the AFL-CIO.

The memo does not create new rights or protections, but clarifies existing protections for injury reporting under Section 11(c), other whistleblower programs (e.g. FRSA) and OSHA's recordkeeping regulations.

Seminario said the memo should be "very helpful" in efforts to address incentive/disincentive policies and practices both through OSHA 11(c) and enforcement actions and dealing directly with employers on these issues.

"The memo makes clear that section 11(c) prohibits an employer from discriminating against an employee for reporting an injury,." said Seminario. "It makes clear that policies and practices that discourage reporting may be a violation of 11(c) and provides guidance to the field on the kinds of policies and practices that may constitute such discrimination and violations."

Fairfax said discipline policies that impose disciplinary action against workers who report an injury are a direct violation of 11(c), and indeed likely to be a violation of the recordkeeping rule's requirement that employers establish a way to report injuries under 29 CFR 1904.35(b).

Additionally, practices or policies that discipline workers who report injuries for violations of work rules may be a violation of 11(c) if they are unreasonable or applied unevenly (e.g. only to injured workers and not all workers). Investigators were urged to review such situations carefully to determine if these policies are a pretext for discrimination.

Seminario noted that this is the first time that OSHA has stated that such policies/practices may be a violation of the recordkeeping rule, not just of 11(c).

"Our next steps must be first to make sure that the memo is successfully implemented and then to build on this to strengthen protections through regulatory and enforcement actions," she said.

The memo can be viewed at: www.osha.gov/as/opa/whistleblowermemo.html.