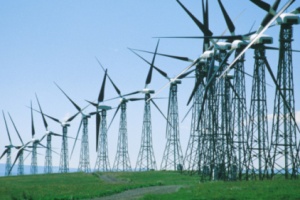 Adapted from the book “Wind Power: Renewable Energy for Home, Farm, and Business,” by Paul Gipe, the information here advises everyone who works with wind energy, or who contemplates working with wind energy, to carefully weigh their actions.

The capture and concentration of energy — in any form — is inherently dangerous. Wind energy presents hazards similar to other industries. Hazards unique to wind energy include: high winds, heights, rotating machinery and the large spinning mass of the wind turbine rotor. Wind energy hides no latent killers; no black lung, for example. When wind kills, it does so directly, and with gruesome effect.

Since its rebirth in the 1970s, wind energy has directly or indirectly killed 20 people worldwide. One victim fell during high winds. Several deaths have been due to electrocutions.

Not all fatalities occur while working at heights. One man was killed while constructing the foundation for a wind turbine. Installations of the huge tower pose significant risks. One worker rode an experimental wind turbine to his death when it fell over during installation near Palm Springs, California.

Another worker was driving a tractor as a tow vehicle when it flipped over and crushed him on a farm in Iowa. One fatality occurred when a man was crushed to death while unloading a container of tubular towers.

Death by "multiple amputations" describes a 1989 incident witnessed by coworker, who watched helplessly as a worker was drawn into the slowly spinning machinery. The man’s lanyard, a device designed to prevent falls, became entangled on the revolving main shaft and dragged him to his death.

Falling from the tower is the single most apparent occupational hazard of working with wind energy. Industry practice and what some would argue to be common sense suggest that several victims all made the same fatal mistake: they did not use any form of fall protection.