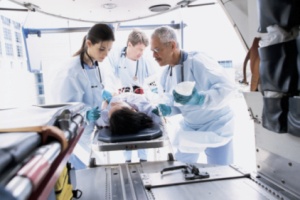 Government agencies routinely award construction contractors to companies with poor safety records, according to a consumer advocacy group, which is calling for a change.

A report titled, "Contract Killers" released by Public Citizen cites a number of recent cases where contracts were given to companies with long histories of health and safety violations.

Among them:
• Unsafe conditions lead to deaths, injuries and lead poisoning among employees of Robinson Preziosos, Inc. who were working on the Bay Bridge connecting San Francisco with Oakland, Calif. While working on a power plant in Colorado, the California-based company’s inadequate precautions led to a fire that killed five workers. In 2011, the corporation pleaded guilty to criminal charges related to the fire.
• Workers at Triangle Grading and Paving, Inc., based in Burlington, N.C., died in a manhole of apparent suffocation due to a lack of oxygen. The city of Durham, N.C., awarded the company a sewer installation contract even as the company had been cited by OSHA more than 60 times for construction-related safety violations.
• Bontrager Excavating, located in Uniontown, Ohio, repeatedly exposed workers to trenching hazards, which ultimately killed a worker on a sewer repair project.
• Marksmen Co., located in Baltimore, was awarded a second government contract, despite multiple scaffolding violations from a previous contract that resulted in a worker being hospitalized with serious injuries after falling 15 feet when scaffolding collapsed.
• Nicholson Drilling, located in Port Orchard, Wash., was hired by a public water district in Kitsap County, Wash., to drill a well, despite a record of safety violations and a worker fatality.

“Taxpayer dollars should not be wasted on companies that expose their employees to dangerous work conditions,” said Justin Feldman, worker health and safety advocate with Public Citizen. “When government agencies fail to properly assess construction companies for health and safety performance, the results are not only expensive, but deadly.”

The group notes that most government agencies have inadequate or nonexistence procedures for reviewing contractor health and safety performance. It is calling on lawmakers to require agencies to consider a company’s safety violations and injury prevention practices before awarding contracts.