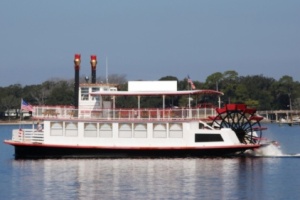 The U.S. Department of Labor has entered into a settlement agreement with St. James Stevedoring Partners LLC New Orleans to resolve findings by OSHA that the company illegally terminated an employee for safety complaints, in violation of the Seaman's Protection Act.

An OSHA whistleblower investigator found that St. James Stevedoring terminated the employment of a riverboat barge captain after he complained to the U.S. Coast Guard about an inoperable starboard vessel engine. In accordance with applicable regulations, riverboat captains are required to report lost engines to the Coast Guard, and failure to do so can jeopardize a pilot's license. Following the incident, the company suspended the captain and stated that he was not permitted to report anomalies to the Coast Guard without the company's permission. The employee was put on probation pending a decision regarding termination. When the employee encountered an identical second incident, he again advised the company and contacted the Coast Guard. The company then terminated the employee, alleging poor performance. OSHA found that the company's actions constituted a violation of the Seaman's Protection Act, which protects a seaman who makes complaints to the Coast Guard.

The parties resolved their difference through a settlement agreement under which St. James Stevedoring Partners will pay a total of $245,000, including $23,451 in back pay, $70,352 in front pay, $133,106 in compensatory damages and $18,091 in attorney's fees, representing the most significant financial settlement under the Seaman's Protection Act since OSHA assumed jurisdiction of the whistleblower provisions of that law in October 2010. Additionally, the company will purge any personnel records related to its alleged justifications for the captain's termination and provide a neutral job reference to any prospective employers. The company also agreed to post a notice informing all employees of their right not to be retaliated against for raising maritime safety concerns.

Information on employer whistleblower rights, including fact sheets, is available at www.whistleblowers.gov.