Sue me, sue you blues

A safety pro’s need for protection… he thinks 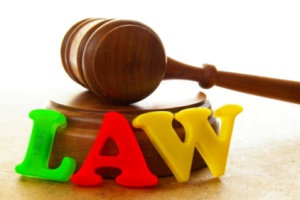 More than a few years ago (more than I care to think about anyway), I was a summer camp lifeguard/camp counselor. A common refrain from the campers was “I’ll sue you.” It didn’t matter what the transgression was – giving them 2% instead of whole milk, wheat bread instead of white, not allowing them to vandalize something - they frequently threatened to sue me or another member of the camp staff. My standard retort was “I have a 20 year old Volkswagen, a black and white television, and a couple of changes of clothes. If that sounds appealing, sue away.”

Fortunately, no one ever took me up on my offer. Thanks to age, wisdom and probably most importantly - the fact that I have lots more stuff - I am no longer so flippant about daring people to sue me. While I’m not contending that we live in an overly litigious society, I understand that I can be sued and that I could lose.

During a recent food collection event with a volunteer organization, about ¼ of the food we collected was set aside because it was past its expiration date. Besides being bemused that people would use this charitable event as an opportunity to clean out their cupboards, we discussed (almost ad nauseum) what expiration dates mean. The oldest items were 6 years past expiration, but the vast majority were less than a year out of date. The containers they were in (cans for the most part) appeared to be in good condition. As a group, we decided, very unscientifically, that the food was most likely safe to eat, but that it might not taste “right,” whatever that means (as it meant different things to different people). And while there were several people who stated they would eat the “expired” food, no one did – discretion being the better part of valor, or something like that.

There was also a good deal of discussion about expiration dates being required. It turns out that in the United States, except for infant formula, product dating is not generally required by Federal regulations and there is no uniform or universally accepted system used for food dating, however, dating of some foods is required by more than 20 states.1

The remainder of the discussion centered on profit and fear of lawsuits.

One individual argued that “expiration dates” are a ploy to encourage people to discard food that is technically edible; thus causing us to purchase more. He was one of the folks that stated he would eat the “expired” donated food rather than throw it out, but as I pointed out earlier did not.

The majority felt that if someone were to eat food past its shelf life, but not labeled with an “expiration date” and become ill, that person might then sue the manufacturer. A little online research revealed an interesting court case, in which 7th Circuit Judge Richard Posner reversed the conviction of an entrepreneur who relabeled 1.6 million bottles of Henri's salad dressing with a new "Best when purchased by" date. Posner decided that the prosecutor had unjustly condemned the dressing as rancid, rotten, and harmful, when in fact there was no evidence to suggest that the mature product posed a safety threat.2

At one point in my nomadic career, we lived in South Carolina in a neighborhood with a community pool. Shortly after we moved in, the developer went Chapter 11, and the neighborhood association president approached me about maintaining the pool. Because I seem to have trouble saying no, I became the “pool man.” The State of South Carolina requires that pool operators be certified. I maintained the certification and relied on the neighborhood association’s liability insurance for several years, until an E.coli episode at a Water Park in Atlanta, GA* and the multimillion dollar settlements, caused me to rethink my position.3 After consulting with my insurance agent, I purchased professional liability insurance.

We moved out of that neighborhood (and South Carolina) years ago, and I am no longer a Certified Pool Operator, but because I maintain several professional certifications – Certified Safety Professional (CSP), and Certified Hazardous Materials Manager (CHMM), I still carry professional liability insurance as “protection” akin to a lucky rabbit’s foot I suppose.

I intend to maintain it, but I sometimes wonder (particularly when the premium is due) if I need, or ever needed professional liability insurance.

One of my son’s friends talks about “suing” various manufacturers as a “get rich” quick scheme. I suspect he’ll be lucky to settle out of court for a 20-year old Volkswagen, black and white TV, and a few changes of clothes. I miss that car.

*In 1998, 26 children became ill from E. coli contracted from a kiddie pool. 7 children were hospitalized and a 2-year old girl died.

2 Ignore Expiration Dates "Best by," "Sell by," and all those other labels mean very little. By Nadia Arumugam www.slate.com/articles/life/food/2010/02/ignore_expiration_dates.html

Kevin Cannon is not a lawyer, nor does he play one on TV. He is a Certified Safety Professional (CSP) and a Certified Hazardous Materials Manager (CHMM) with 25 years of environment, safety and health experience.
Subscribe For Free!
More Videos